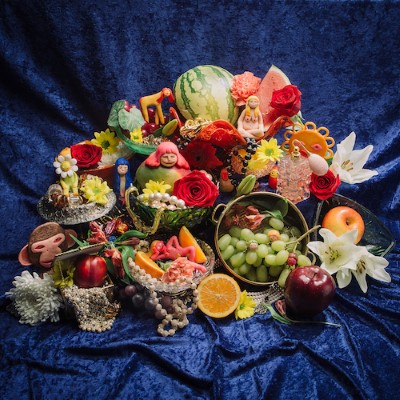 From the moment she starts singing ardently and slightly echoing in “I Miss You,” it is clear Marlaena Moore’s vocals are meant to be the star of this album. This seems like an obvious thing to say (it is her album, after all), but what I intend to emphasize is that the relationship between her voice and the music that backs it is so perfectly symbiotic. The latter is always complimentary, and never overpowering. Even during the crashing symbols and distorted waves of guitar at the end of “Better Than Me,” the Edmonton singer-songwriter continues to howl through it all.

The music forms a stunning and permissive framework for the Edmonton singer-songwriter to explore such vocal heights, along with sombre recesses and the whole gamut in between. The mutual range and cooperative affiliation between singer and band gives room for Pay Attention, Be Amazed to go in a lot of very cool directions. Thus, you get such standout gems as the relatively stripped-down yet instrumentally-diverse “Xmas Oranges,” the 50s-reminiscent “All Alone (Full of Love),” and the somewhat haunting, effects-heavy “Tiger.”

And all songs give the impression of being deeply personal (e.g., the pleading lyrics of “Please Don’t Cut My Garden”). This makes Marlaena’s every sung word seem so utterly significant. It makes you want to listen to everything she has to say and to revel in the enchanting way she says it. What a wonderfully inviting realm her voice creates! It’s a pleasure to get lost in.