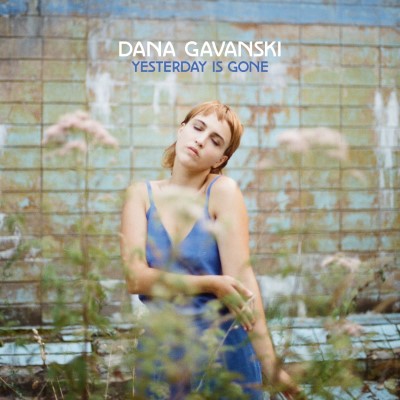 Vancouver’s Dana Gavanski is looking inward, trying to capture her deepest feelings on recording, on her debut full-length album, Yesterday Is Gone.

This first effort from the singer-songwriter is a hypnotic self-exploration that delves into the depths of melancholy and emotional distress in a highly unique and creative way. The sound of Yesterday Is Gone finds itself somewhere in the realm of ethereal psychedelic in a similar vein of the later Beatles records with hints of experimental dissonance and classic hard rock fuzz guitar presenting themselves here and there on the album. This sound, paired with Gavanski’s haunting, lamenting vocals, make this debut record a more than promising start for this up-and-coming artist.

A standout song on the record, like “Catch”, showcases the hypnotic, heavily layered brand of psychedelic indie rock that Gavanski is putting forth on this album. This reverb-heavy track pulses and shudders in a way that seems to mirror the vulnerable and confessional lyrical content, that overall helps establish an overarching tone to the record. Things get a little more upbeat on a track like “Trouble”, which features some old-school fuzzy basslines and an abundance of 70’s prog rock-inspired synth riffing near the midpoint of the song. This is another song that contributes to the anxious feeling that pervades over the record and drives home the words of lost love and heartbreak that Gavanski sings about on many of the songs. Later songs on the album, like “Everything That Bleeds”, touches on what seems like some subtle new wave influences with some more glittery, trance-like synth effects layering the background of the song. The record closes out on “Memories of Winter”, a spacious, bordering on bleak dirge of track that features just Gavanski and her guitar, lamenting over a deep loss of love.

This debut effort from Dana Gavanski is an admirable one, to say the least. While Yesterday Is Gone may not boast any single big hit songs, it doesn’t seem as though it’s aiming to. Each song on this record is faithful to and consistent with the prevailing tone of the record, but still plays on and makes compelling choices on how to play with that feeling in a variety of ways. This record is a reserved, but concise and well-executed exploration into human emotion.