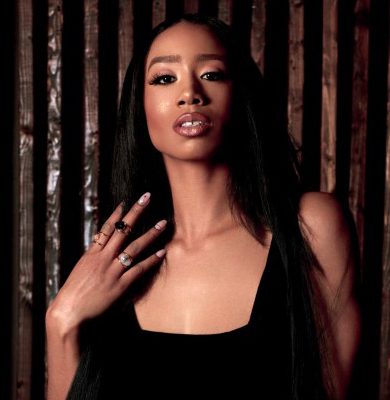 Welcome to Canadian Beats Indie Spotlight. Each month we profile an up-and-coming Canadian artist that we want to introduce to our readers. March’s spotlight falls on Afro-pop/Afro-fusion artist Tome.

Tome – pronounced “Tomi” – is a Nigerian and French Canadian artist from Montreal. Growing up in such a multicultural community, her sound was influenced by a wide scope of genres. She began singing when she was eight years old and picked up the guitar at age 10 in Brampton, Ontario. Through absorbing music in its many forms, she notes hints of Afrobeats on almost all of her songs; combined with a splash of french lyrics, which she pridefully says adds flare to her music showcases who she is as an artist.

Throughout her career, she continues to praise legends like Erykah Badu, Lauren Hill, The Beatles, and Alicia Keys as just a few of her musical influences. She says each artist has been able to carve out their own path in music and express their individualities, and it inspires her to do the same in her career. In her personal life, she looks to her father, and even to screen icons like Meryl Streep who continue to influence the pursuit of her dreams.

Tome takes pride in writing her own music, creating her own stories; though some of her most recent work, including her latest single “The Money” were written with other talented emerging artists, who Tome says helped shape the songs into what they are now. When she reflects on her journey, she says she is grateful for the growth and opportunities that come from each project she takes on. Performing on international stages and meeting artists from around the globe all helped to shape Tome as a performer. And with a strong team behind her – including her father, who is also her manager – they trust they’re able to overcome any obstacles they may face.

Tome says there is a need for more Afro-pop/Afro-fusion music in today’s mainstream market; through her music and other artists in these genres, she sees the tides slowly changing. To put it simply, in her own words, “I plan to make sure I’m one of the artists who will be there to stay.”

To find out more about our Indie Spotlight Tome, visit her website. Her music is available to stream on all platforms today.