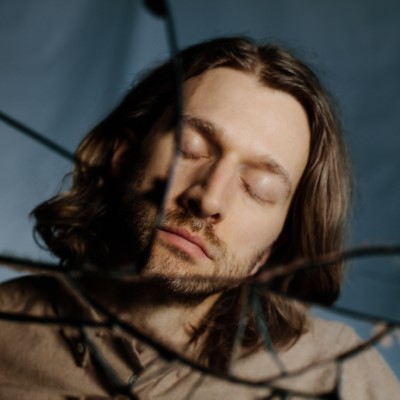 Vancouver, BC-based singer-songwriter, Zaac Pick has released his new single, “Lighter Side Of Blue” today. He’s busy gearing up to release his sophomore full-length album, and this single is the first taste of new music from the record.

“I wrote Lighter Side Of Blue a year and a half ago, in the middle of a wave of depression and intense anxiety, which, like a lot of people, I’ve struggled with for a long time,” Pick reflects. “For me, it’s ultimately a hopeful song about how music – listening to it, making it – offers a way out. It’s a reminder to myself to go and do something that brings me peace, a reminder that when things feel dark, they don’t stay that way forever, which feels especially important in light of the world news right now.”

The video was directed by Canadian filmmakers, Zachary Vague and Sterling Larose, in Vancouver earlier this year.

“When we made this video one freezing cold weekend this past January, we wanted it to look surreal – me walking and floating around an empty city at night, lost in the music like a dream,” explains Pick.

“We are all in a sensitive and serious time right now, and I’m aware that some people would prefer happier sounding songs to lift the mood. I’ve debated whether this kind of song makes sense to release at this moment, but truthfully the music that’s helped me through so many tough times has been more on the side of melancholy.”

Check out the video below and stay up to date with Zaac via his socials.