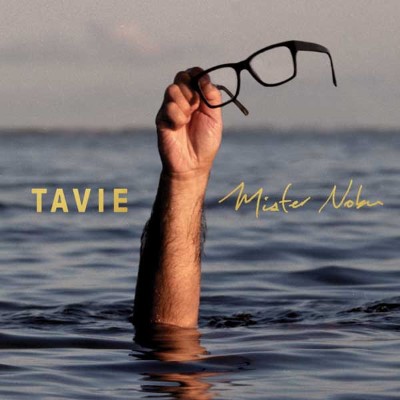 Seeing pop artists attempt to incorporate retro-styled flairs and aesthetics in their music is far from new. It can be seen in anything from the fashion of the performer to the samples they use in their music. The result can all too often appear like cheap pandering to popular retro trends. Mister Nobu’s Tavie is, without a doubt, an exception. This debut 12-track LP from the co-director of Toronto’s Choir! Choir! Choir! collective, Nobu Adilman, hits the mark on every song. Tavie exists in a space that blends the warm, upbeat aura of 80’s synth-pop with the smooth delivery and lyrical intricacies of R&B and soul.

The record opens on “Best Of Me”, one of the lead singles ahead of release. This track is a soft, emotional introduction to the record as it shows Adilman coping with the loss of a loved one and exploring the possibility of maintaining relationships beyond death. Track three on the record, “Ways”, is a standout example of how the dreamy, 80’s synth-pop backdrop of the record compliments and contrasts Adilman’s more vulnerable, self-explorative lyrical themes that are not often a feature of this style of 80’s pop music. He uses this ethereal, dream-like soundscape to open up the space he uses to explore these sorts of lyrical concepts. “Underneath” is an upbeat, organ-heavy dance track that delves into the nitty-gritty of relationships and the ways loved ones fight with each other. This track yet again bounces some pretty raw but relatable lyrics about falling out of love off of what would otherwise appear to be a pretty fun and catchy tune. The record also features a “popified” cover of the 1938 Jimmy Van Heusen and Eddie De Lange slow jam, “Deep In A Dream” which Adilman pulls off quite well. “All of This” is the real crowning jewel of Tavie, however. The longest track on the record at 5:43, “All of This” is an emotional, genre-blending journey of a song that touches on some of Adilman’s background in choral arrangements as well as a closing swell that brings to mind other legendary ballads from the likes of Pink Floyd, for example. This vulnerable, goosebump-inducing closer tackles the hopeless confusion that often follows a substantial break-up, something Adilman is intimately familiar with.

Tavie succeeds in more ways than one. It is both a catchy and upbeat record that also paces itself and reflects on a common set of themes that are both deeply personal, but still widely relatable. Adilman’s voice is smooth and somewhat sombre throughout, which proves to be a particularly compelling contrast to the light, airy music that uplifts his lyrics. Overall, Tavie should be considered an overwhelming success for this multitalented performer’s debut release and it will be exciting to hear what new directions and collaborations Mister Nobu works on in his future.