Review – Kings of Our Kin 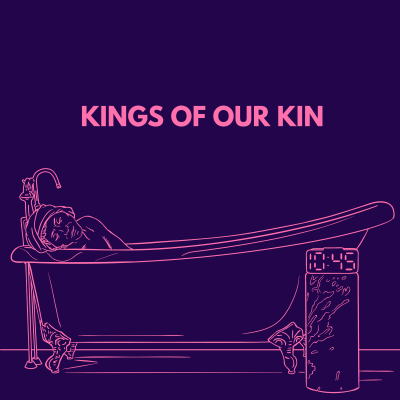 Toronto’s Kings of Our Kin have come up with an impressive first full-length outing on their debut LP, 10:45.

The four-piece have found a way to blend the technicality of prog rock, the subtlety of indie rock, the energy of punk rock, and the groove of funk in an incredibly effective way on this record. Over the course of nine songs, the band delivers catchy, well-delivered vocals, backed up by prominent, dynamic guitar riffs and consistently strong basslines and drumming throughout the record. Kings of Our Kin manages to tread a very narrow line between technicality and tastefulness, showing off their very impressive musicianship through their experimentation with a variety of different styles and the use of some progressive elements like syncopation. At the same time, they ground themselves in mainly simple,  clean guitar tones and upbeat and catchy vocals.

The opening track of the record, “Little Astronauts”, shows off some of the band’s punk rock influences and brings to mind a band like The Dead Milkmen, with the band’s use of double-time drumming underneath a clean guitar riff. The song also shows off singer Tom Andrews’ impressive vocal range. “Blue Jay” demonstrates the band’s ability to weave their music between very spacy, almost dissonant psychedelic elements with hard-hitting hard rock-inspired choruses as well as call-and-response vocal sections. “The Middle” touches on some inspiration taken from funk music with the use of some syncopated guitar rhythms and percussive basslines. These are only the three opening tracks of the album. Every song that follows offers up something new and unexpected but pulled off near-flawlessly. The band manages to present themselves in a light and accessible way, but still pull off technicality and very epic sections without a hint of pretentiousness.

Kings of Our Kin are an extremely talented band with an intriguing assortment of influences. Their ability to present their fairly eclectic and progressive brand of indie rock in such a fun, unintimidating way is nothing short of impressive. It will be exciting to see this band continue to explore and hone their very unique sound.