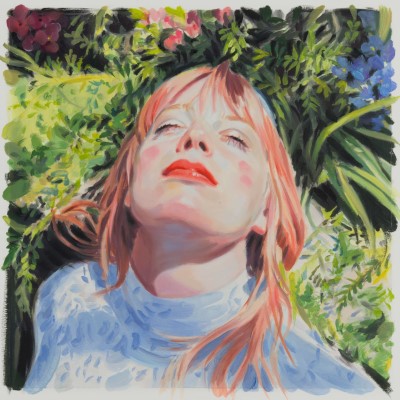 Singer-songwriter Basia Bulat is about as consistent as you can get when it comes to critical acclaim for her unique brand of autoharp-led indie-folk. The Etobicoke-born musician is back with her fifth full-length studio album, Are You In Love?, produced by Jim James of My Morning Jacket. Driven forward by Bulat’s powerful and dynamic voice and battery of different sounds and instruments, folk or otherwise, Are You In Love? strikes a unique balance between both epic and nostalgic.

The opening two tracks on the record, “Are You In Love?” and “Electric Roses” are both ethereal, folk-inspired soundscapes that evoke an interesting sense of grandeur and empowerment. As well, the songs demonstrate Bulat’s impressive vocal range as she belts to near-whisper pitches that sound as though they could break glass. Things begin to loosen up a little bit more on “Your Girl”, a more upbeat, singalong-inducing track that shows off the lighter, more whimsical side of the record. “No Control” is a groovy, bouncing song with a strong funk-inspired bassline that drives the track throughout. “Pale Blue” is simply just crazy catchy. The mid-tempo stomp beat that punctuates the snare drum roll buzzing away along with Bulat’s soft, whisper-like singing is infectious and helps break up the pacing of the record a little bit. The record closes out on “Love Is At The End of The World” a seemingly unassuming love song, centered around the drums and piano, that quickly explodes into an electric cacophony of fuzz and horns to send the album off with a triumphant bang.

Are We In Love? succeeds in its ability to blend the subtlety and reservedness of folk, with the excitement and grandeur of pop and funk music. Part of this success lies in the impressive musicianship that is present on this record, from both Bulat and her band. As well as of course from Bulat’s voice itself, which was both so consistently empowered but also dynamic and varied. The only arguable fault to be found on the record may be it’s somewhat slow pacing, but when the record has no bad songs, there could be worse shortcomings.