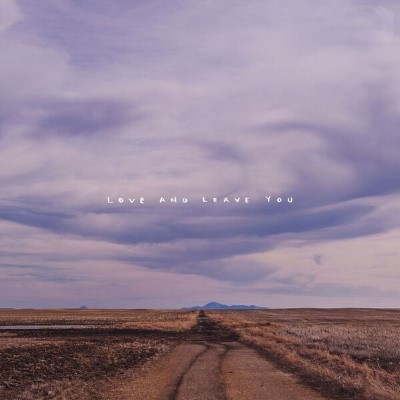 Love And Leave You is the newest album from Edmonton based band, 100 Mile House. 100 Mile House is headed by the married couple, Peter Stone and Denise McKay, who have been together and playing music with each other for almost two decades.

Love and Leave You has an inviting warmth that makes you feel as if you’re sitting in front of 100 Mile House’s hearth while they play music for you. Using primarily male lead vocals and female backing, the album makes sparse but effective, use of the violin, classic guitar, piano, and cello. There is also a distinct lack of any percussion instruments on the album, similar to the works of Simon and Garfunkel. This is as by design by 100 Mile House who says the intent was to use backing instrumentals sparingly to “force the songwriting and lyrics to the forefront.”

As for the lyrics, they feature a noticeable amount of domestic imagery to bring you into the 100 Mile House’s home such as dogs, kettles, perfume, tables, cats, bridal gowns, six-string guitars. Once you’re in their home, though, 100 Mile House pulls you into an intimate portrait of their family life. However, whatever struggle a track presents, each song also stresses the endurance their love (and music) gives them. The impression ‘Love and Leave You’ is that this is a family that can and will endure any storm.

Standout tracks to me were “Losing You” and “Lucky to be Loved”. “Losing You” has a relatively upbeat backing, but with profound sadness to it. The song even starts with the heartbreaking lyrics: “we sleep alone, but side by side.” As the song goes on, though, the lyrics shift to remind both Denise and Peter of the bond they used to have in a desperate plea to win them back, even if they are technically sharing the same bed. The optimism of the instrumentals betrays somewhat that this is not a fight that will be lost, just one that needs some extra effort.

“Lucky to be Loved” is equally jaunty, but focuses on someone who is presumably Denise’s absentee father. The song details the absence of this figure in Denise’s life and how heartbreaking that was for her — but Peter reiterates over and over in the song, how this figure, and everyone who knows her, is very lucky to be loved by her: a beautifully romantic sentiment that highlights how deeply they care for each other.