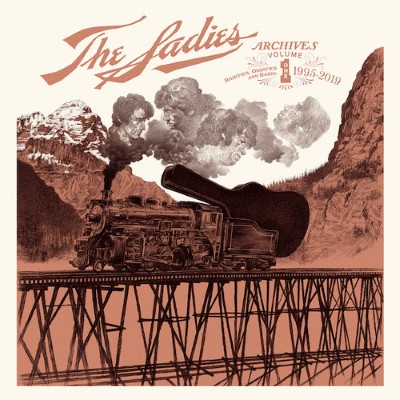 Canadian icons The Sadies will be releasing a vinyl-exclusive, 16-song compilation album tomorrow. You can pre-order HERE.

Here is the band explaining how this record came together:

“This album is compiled of outtakes, soundtracks, radio performances, demos, our first ‘45’ and more, most of which were never commercially released. These sessions were recorded mostly on tape, mostly long ago, and mostly in a single live performance. With hundreds of songs in the vault after over twenty years, we wanted to revisit them and maybe find a home for some of the more interesting things. It’s also a bit of a celebration (or memorial), with this year marking our 25th as a band. This collection may be an eclectic assortment of our material, but we are, after all, a rather eclectic group.”