Home / Promos / The Dears announce new album with single, “The Worst In Us”

The Dears announce new album with single, “The Worst In Us” 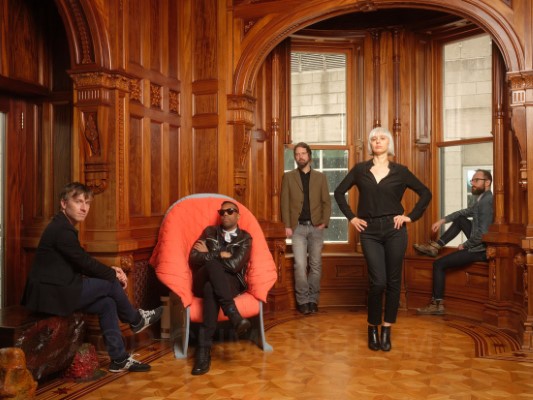 Montreal indie rockers, The Dears, recently dropped a new song called “The Worst In Us.”

This single release serves as an announcement for the band’s latest record, Lovers Rock, which is set to drop May 15 via Dangerbird Records.

Frontman Murray Lightburn says he sees parallels between the period of uncertainty their 2003 record No Cities Left was recorded in and the sociopolitical climate we find ourselves in today, in 2020. This connection served as a main source of inspiration for Lovers Rock.

“There’s a direct line between the sort of doominess of No Cities Left and this album,” says Lightburn. “You could go straight from Lovers Rock to No Cities Left and it’s like they’re interlocked. But it’s a different kind of doom.  Around 2001, it felt like, ‘We have no control. We don’t know what’s going to happen next.’ Now it’s a doom that’s within our grasp. It’s in the air. It’s between us. But we do nothing about it.”