STORRY releases claymation video for “Up” 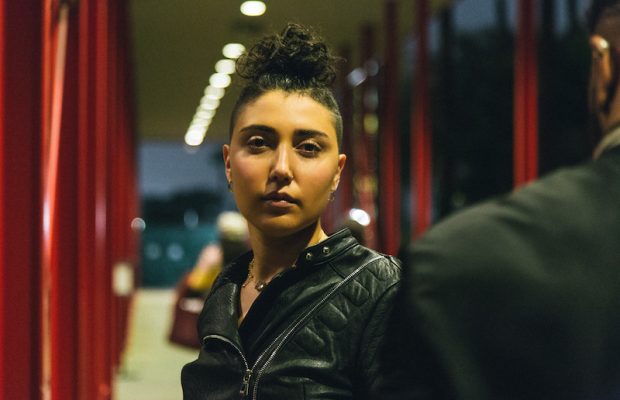 Juno-nominated STORRY is back with a brand new Claymation video for her single, “Up”. The video was set to premiere at the Toronto Short Film Festival last week (and has already toured an international film fest circuit, with awards and nominations). A postponement didn’t stop STORRY from sharing it with the world.

“Up” is set to a song of the same title from STORRY’s new album, CH III: The Come Up. It is a concept album based on a chapter of STORRY’s life, about a woman trying to leave the sex industry and get into the music industry, only to discover that both are equally misogynistic and problematic.

“Up” is a Claymation short wherein a man’s insatiable appetite gradually destroys his relationship and entire surroundings. His partner struggles to stay by his side and clean up his mess.

“Often, we excuse people we love for their misbehaviour because we empathize and feel we know their true essence. But even killers have mothers or friends or partners who love them and who see the best in them. And we take it upon ourselves to clean up after their mess, hoping that they will change, hoping that they will soon return to their true selves,” STORRY says of themes within the film. “But sometimes, letting them go, or perhaps taking drastic measures to rehabilitate them, is the only way to truly love and care for them and ourselves. This is the meaning behind the dirt in the film. I hope this video rings true in the hearts of those who watch it, in a world where more is more and less is not good enough, new is better and what becomes old is an increasingly shorter window. I hope that people will laugh and cry and leave changed. Because what is art if it doesn’t make us feel and ask important questions?”

Check out the short film below and keep up to date with STORRY via her socials.

Share this:
Related ItemsCH III: The Come UpClaymationIndoor RecessJuno nominatedShort FilmSTORRYUp
← Previous Story David James releases new EP, If I Were You
Next Story → The Dears announce new album with single, “The Worst In Us”