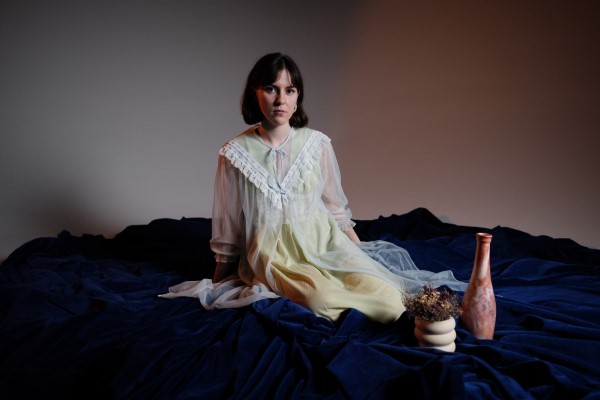 Toronto, ON-based Alannah Kavanagh’s indie rock project, Grizzly Coast has unveiled a video for the new single, “Forever”, which blends her dreamy guitar rock sensibilities with thoughtful lyricism, evoking the feelings of longing and loneliness that you experience when you know you’re on the cusp of the end of a relationship.

Check out the video for “Forever” below and find out more about Grizzly Coast via our Five Questions With segment.

Hi! My name is Alannah Kavanagh and I have an indie-rock musical project called Grizzly Coast.

I’m a very lyrics-focused musician. Grizzly Coast started as a solo project of mine, so the lyrics were very integral to the music as I was always the only person on stage.

Now with the evolution to full-band, we play guitar-centric indie rock that remains focused on poignant lyricism. I’m heavily dedicated to making sure every line in a song is the best version of itself, and I try to achieve that through strategies like punching up the language or implementing literary devices. It’s all carefully considered craft to me.

Well, with the pandemic we’re currently experiencing who knows. We were set to play over ten shows in the next couple of months, 3 have since been canceled. It looks like musicians might just have to adapt to this time and try live streaming performances. As of now, we have a show in Toronto at the Horseshoe Tavern on April 18th, and one at Jillard Guitars in Hamilton on April 25th, but who is to say if those will go on. Fingers crossed.

Public health issues aside, our live performances are very spirited! It’s a big priority for me as the front person to really perform for the audience, not simply play my instrument and sing while feeling disconnected from them. So I really aim to engage with the crowd and feel the lyrics as we play. Our set is pretty high-energy with a few crooners, and I love a good build at the end of a song!

It would be the latest single Forever. It’s fresh, it’s new, it’s got a build, and I just love the way the guitars sound on it.

I’m currently spinning the new Andy Shauf record, The Neon Skyline. I love his writing and find it to be one of a kind these days. I was also very charmed by Sameer Cash’s performance a few weeks ago at the Burdock, he has an album coming out soon! And I’ve been playing the new Young Guv record quite a bit too!