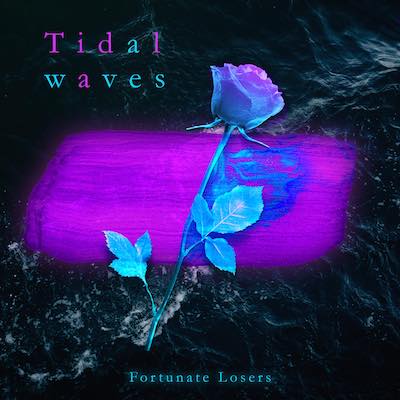 Fortunate Losers have released a delicious new single and accompanying official music video for our listening and viewing pleasure! “Tidal Waves” is the first single for this rock band from Sudbury, ON since their debut full length album, Cut Teeth (2018). They have recently signed with Golden Robot Records and have more music in the works including another single release in April and their sophomore album release on May 29th.

“Tidal Waves” was recorded in November, 2019 at Union Sound under the direction of Darren McGill. The accompanying video was shot with Shawn Kosmo from Here Kitty Kitty Productions over a two-day span. It features a story told backwards, as the video was filmed normally and is played in reverse. This ‘ebbing and flowing’ brings the title of the song to life as the story unfolds in the snowy landscape it is depicted in.

The complexity of this video implores the listener to engage in watching and listening many times over to capture all of the many details and messages that it portrays. Fortunate Losers have once again demonstrated why they slay at creating a moment in a song that is so relatable to so many. We cannot wait to hear what they release next!