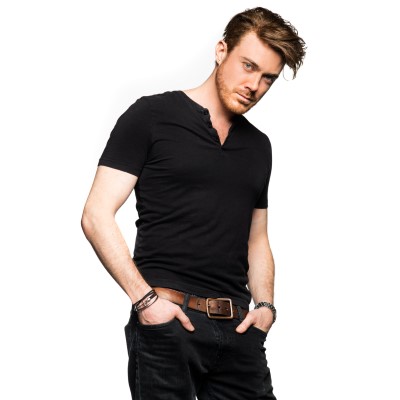 Toronto, ON-based singer-songwriter and French pop artist, Christien Paul is back with his single, “Je n’oublierai jamais” which means, “I’ll Never Forget”. The track is the first from his album, Welcome to Lyon, an intimate and candid collection of songs that circle the French pop artist’s personal line in the sand when it came to navigating his career — and life.

Check out the video below and find out more about Christien via our Five Questions With segment.

Hey guys 🙂 where do I begin? 4 years ago I took a 10-day meditation retreat known as “Vipassana”. I was feeling lost and after this course realized I needed a fresh start. So I sold off my car and everything in my condo except for my equipment (instruments and audio/video production gear) and took off to France to pursue my music. I met a girl, she invited me to move in with her but after I found the Working Holiday Visa to make it official with her… she changed her mind and the songwriting began.

I got scouted by the pre-casting director of the voice at an open mic and then found a home with an indie label. I produced my first album and built myself a solid network of allies and fans. It was the trip of a lifetime and I encourage anyone who speaks french who is 18 to 35 to apply for a Working Holiday Visa, officially known as “Le VISA PVT (programme vacance travail).

It changed my life for the better and served as that fresh start I was looking for… I think had I stayed in Toronto (in my comfort zone) I would have remained stuck repeating old patterns. This trip was the ultimate reset. From tasting frog legs for the first time to playing in front of 3,000 people at the auditions with The Voice… this trip totally pushed me out of my comfort zone. I truly believe you have to step out of your comfort zone in order to change your life path.

As compared to my previous releases, this new album “Welcome to Lyon” is what I’ll call a horse of a different colour. Previously there were only 2 ukulele songs but this mini-album is made of 8 ukulele songs that are not only in a faster tempo but upbeat and more inviting to audience participation with the use of handclaps and foot stomps throughout.

In terms of the lyrics, I spent well over a year studying french poetry having never written a french song before. Now when I compare the lyrics of the former English songs to these french songs… I’ll have to study English poetry to level up before the next release! However, I will admit that the translations found on the music page of my website aren’t as poetic as the original french lyrics.

What I am most proud of is the fact that this album is one story from start to finish; boy meets girl, flies halfway around the world to be with her, she ghosts him and he goes from the patiently waiting prince charming to a cutthroat pirate who boycotts love. The truth is, these songs are all inspired by letters we exchanged; starting with her invitation to move-in with her (Welcome to Lyon) and ending with my desire to live life on my terms with no attachments; just like a pirate (Comme un pirate).

The album release party in Toronto was scheduled for March 21st but on account of the Coronavirus all events have been cancelled and what’s worse, nobody wants to book any new shows until this whole thing blows over. However, provided this does blow over soon, I’ll be playing a free show at The Painted Lady in Toronto on June 8th, 2020 at 9 pm

Beyond that I am currently setting up a tour from Ottawa to Quebec city for the fall, starting in September. I would suggest signing up for my mailing list at https://christienpaul.com/ if you don’t want to miss the announcement.

That’s a tough one… I’m going to say “Comme un pirate” which is the last song off the album Welcome to Lyon because it seems to have the most appeal across the board, regardless of whether or not you understand french. In all honesty, I’ve got a strong feeling I’ll be making an English version of that song in the not so distant future… it translates to English really well. In the meantime, you can find translations to the lyrics for the album on my website.

I confess, this trip to France was largely inspired by Feist and Buck 65 who are both Canadian artists that spent a few years developing their craft in France. They both returned to Canada with larger audiences…. I’ve always heard that an artist will find more success at home once they break out somewhere else. I also noticed that the radio stations in France have more singer/songwriters than any other country.

Take that with the fact that I have family roots in Normandie, I told myself “this is a sign”… so those two artists are at the top of my list for inspiring me not only with their music but with their journeys.

Following them, Bahamas was a huge inspiration (his guitar style) to me as I was preparing to take-off to France, as was Coeur de Pirate (she’s huge in France) and Jay Malinowski (love his voice and his label Pirate’s Blend).

Last but not least is Nelly Furtado… I’m really not all that familiar with her music but I’ll never forget what she said in an interview “becoming an artist requires a lifestyle change… you need to get out of the house, out of the studio and into the venues as often as possible, even if just to be an audience member because you never know who you’re going to meet. You’ll never build the network you need to catapult your career waiting for others to come to you.”