Home / Promos / The Pack AD announce final album, It was fun while it lasted

The Pack AD announce final album, It was fun while it lasted 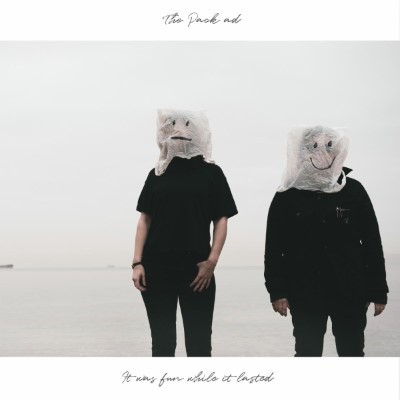 The Pack AD are calling it quits, as of April 17 when they drop their final full-length album, It was fun while it lasted.

The Vancouver duo plans to tour one last time after this upcoming release that they are calling, their “final album for the foreseeable future.”

They are offering a sneak peek of their send-off album, however, with the release of a brand new single off of the record, called “Give Up”, out now.

Here is what drummer Maya Miller had to say about this latest single from The Pack AD:

“We’ve been a band for so long, and it’s very insular in so many ways, especially when you’re a duo. It is this Us vs The World feeling, that highlights Becky singing ‘you may feel leftover but you’ll always make my team.’ This song really lays bare all the frustration and depression that has become part and parcel of doing what we love. We love playing music. We love our fans. We would be lying though if we didn’t say that rock music is a boys club and it is a constant battle to keep our space carved out as women. This song is about deciding what’s best for us and taking that control. The end refrain is that pact with no judgement or strings attached: ‘Say you give up. I give in.’”