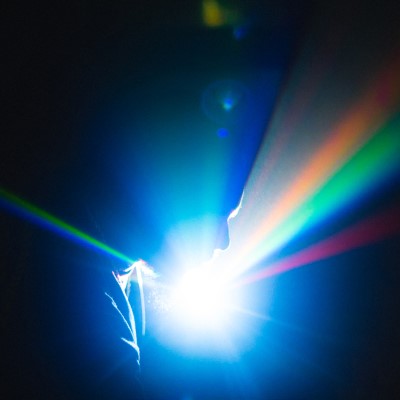 Acclaimed Canadian producer, Paul Chin, is back with a new EP to follow up his 2015 solo release, Dancing Drums. Full Spectrum is Chin’s latest creation; a six-song record with guest spots from four of the country’s most talented voices to accompany Chin’s signature brand of electronics. This latest outing shows Chin exploring aspects of dancehall, orchestral, and old-school hip-hop music along with some samples and scores from other works. Full Spectrum is a record that very quickly builds its own musical landscape and just as quickly shifts and evolves into a greater version of itself.

The first two tracks of the album, “Intro” and “Helios” introduce the listener to the palette of sounds that Chin will be working with for the moment. “Helios” opens in a grand fashion with an explosion of orchestral cymbals, a synth string section, and a piano chord loop that turns the song into something that is both epic, but also palpable and organic sounding. We hear the tone shift as the record flows into “Slow Wine”, featuring pHoenix Pagliacci. This track slows things down and explores the light, natural space that Chin has created as the Toronto-based rapper delivers her sensual, dancehall-inspired performance. “Take It Or Leave It”, featuring Desirée Dawson, shows the first signs of a shift in the tone of the record as the drums become a little bit more processed and electronic, but the piano chord motif still remains. When “Take Two” hits we begin to fully hear the other side of Chin’s production. Featuring bars from London, Ontario’s Shad, “Take Two” is the definite club banger on the album as it hits hard, both because of Shad’s performance, but because of Chin’s increasingly more dissonant and glitchy production style. The song’s warped bass drum tone and distorted samples eventually break down by the end as the record trudges into the final track, “Hard Times” featuring Rebekah Hawker. As the longest track on the album at nearly six-and-a-half minutes, “Hard Times” hits the peak for the spacey, ethereal tone that Full Spectrum shifts to by its conclusion. The reverb on Hawker’s voice serves as one of the few remaining instruments present on the record as each song seems to strip itself down more than the song that came before.

Full Spectrum is like a sampling of different styles and genres of electronic music that never leaves you bored. As soon as a sound is explored to its extent, it is then discarded and something new is built where it was. It’s Paul Chin’s acute sense for weaving together a dynamic, but intentional musical landscape to explore that makes Full Spectrum such a compelling listen.