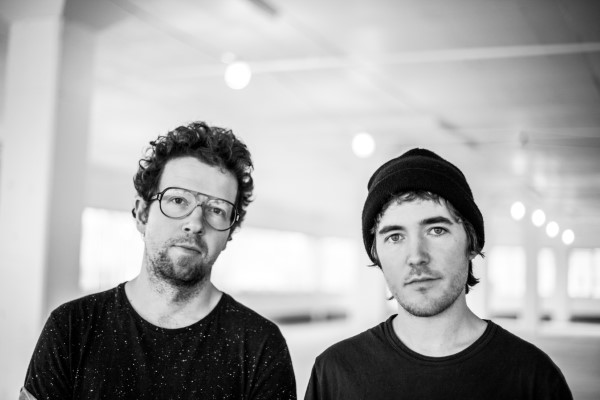 Montreal, QC-based progressive-rock duo, Tunnel has unveiled their lead single, “Walking The Vine” from their upcoming debut full-length album, Out For A While, which is set for release on April 10, 2020.

“The musical inspiration for “Walking The Vine” came almost by accident one day as Kevin was messing around with his synth at the studio. The synth loop at the beginning of the song was triggered by accident and he began drumming on top of it… and the vibe of the song was born. We didn’t even know that there were going to be vocals on this song in the beginning. As the song took shape, it became more obvious that a voice was needed. Kevin wrote some lyrics and gave it a go and we decided to stick with it. It’s now our first single and Kevin’s singing debut and we’re really proud of it. The song was written and produced mostly by Kevin. Francois added some elements into the production process towards the end when they were recording together at Salon 58. The song was recorded in 2 separate sessions, first in Montreal and then at the Salon 58 (cottage that they converted to a studio). Most of the song was already completed at that point, but Francois coached Kevin through his drum parts and then Kevin coached Francois through the guitars.”