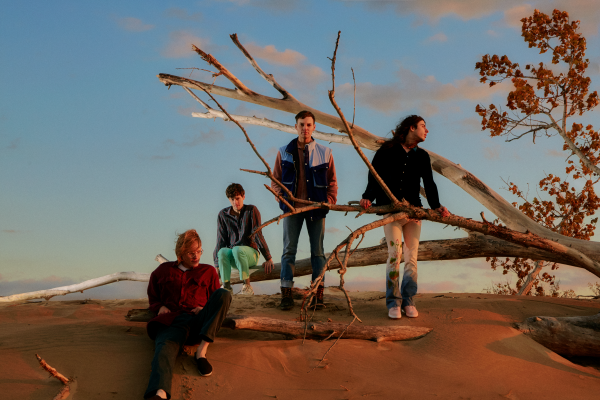 Halifax indie rock band Nap Eyes have a new single out off of their new album called “Mystery Calling”.

“Mystery Calling” is the band’s third single/video ahead of their upcoming full-length release, Snapshot of a Beginner, out March 27 via Royal Mountain Records.

Here is what frontman Nigel Chapman had to say about the new song:

“This is another improvised-origin song. On one level it’s basically a description of my homebody ways, and it’s also about the way our mundane routines can seem to pull us away from what I’m referring to as ‘Mystery’ in the song– that is, away from the discovery and creation that seem to be more valuable and important activities in themselves, despite being deemed superficially ‘non-practical.’ Now, this irritation and sense of being drawn away from what’s important is probably mostly illusory. This is because the cosmic mystery is probably accessible even in the midst of the most boring and stressful busywork. At the same time, as any good procrastinator should know, there is quite a lot of good that comes from letting the mind ignore apparently pressing worldly activities in order to let it roam, explore, discover and create.”

The single’s music video draws much of its inspiration from sci-fi films like Blade Runner and Under The Skin, according to director Antoine Lahaie.

“We don’t know whether they’ve been there before, if they’re stuck there and passing time, if they have a purpose or they’re just chilling,” says Lahaie. “It was also important for me to keep it abstract and unresolved. Even though I like to be tongue in cheek I didn’t want to fall into something comedic.”