Punch Douglas releases new single, “I Take It Back” 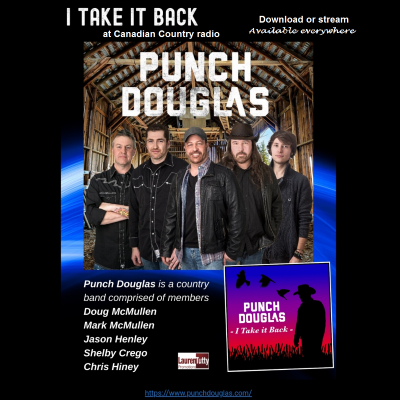 Out of Kawartha Lakes, Ontario, country five-piece Punch Douglas are back with a brand new single, “I Take It Back”.

Now on their fifth single release, the band takes the listener on a journey of love and heartbreak on their latest track, which dropped earlier in February.

“I Take It Back” was recorded at Fleetwood Saloon Studio in The City of Kawartha Lakes and mixed by multi-CCMA award-winning producer Jason Barry of Barrytone Studios (Dean Brody, Terri Clark, Jason Blaine).