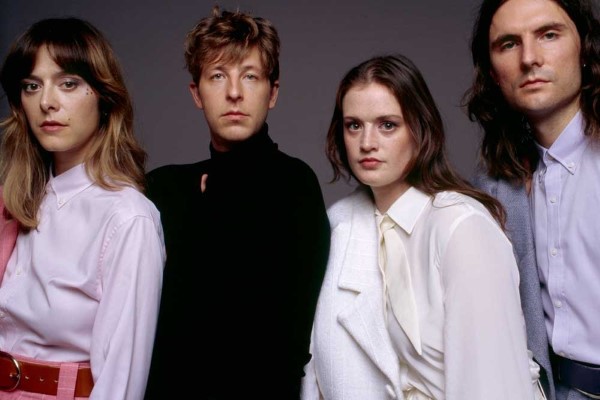 This release marks the second single for the indie pop band ahead of the April 3 release date of their brand new album, I Feel Alive via Musique TOPS.

Director of the music video,  Mashie Alams, decided to experiment with alternating between different lenses and filters while shooting the music video. Here is Alams speaking about the video for “Colder & Closer”:

“Jane had this really amazing vision where she hoped to convey the feeling of being immensely close to someone. The choice of using thermal footage was made because we wanted to see, feel, and immerse ourselves into the varying temperatures of the body as it heats up, cools down, responds to touch, and feels alone. We created a movement composition that travels between a live-action world and a thermal world! The idea was to visually explore the dynamic of being far (in the live-action world) and being close (in the thermal world)! Eventually, the juxtaposing jumps between the two worlds merge into an immersive thermal universe to evoke a climactic sense of closeness from where there is no return.”