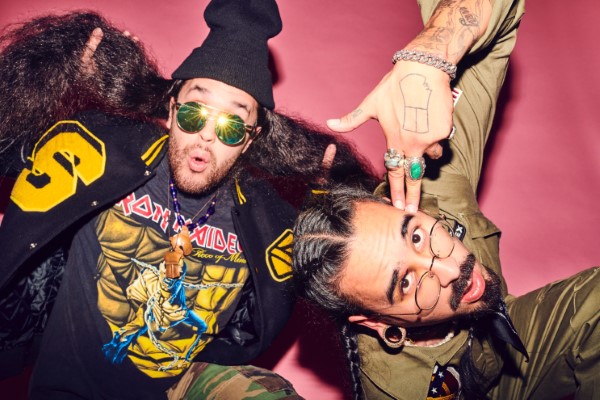 Haisla First Nation’s breakout hip-hop duo Snotty Nose Rez Kids are back with a new single, “Cops With Guns Are The Worst!!!”

This latest track comes off the duo’s upcoming EP, Real Deadly, out April 3.

“Cops With Guns Are The Worst!!!” is a direct response to the RCMP’s recent actions in Wet’suwet’en Territory, according to the pair of Yung Trybez and Young D, who see this song as a rallying call for Indigenous people.

“People close to us have been on the ground day-in and day-out putting their lives on the line to protect all our futures. We’re obviously frustrated by the lack of respect for Indigenous land rights and ownership but watching the RCPM arresting our people for defending their land and protecting their territory, we felt rage. There’s such a long history of RCMP inflicting violence on our people and that rage boiled over into this song. “Cops With Guns Are The Worst!!!” is a rager and for us this was the only way to tell that story.  We see the Indigenous youth leading the current blockades. They’re fighting not just for the future of tomorrow, but for the future of today. This song was made specifically for them.”

Snotty Nose Rez Kids have an extensive Canada/US tour set to kick off on April 12 in Portland, Oregon. Here is the full list of dates: