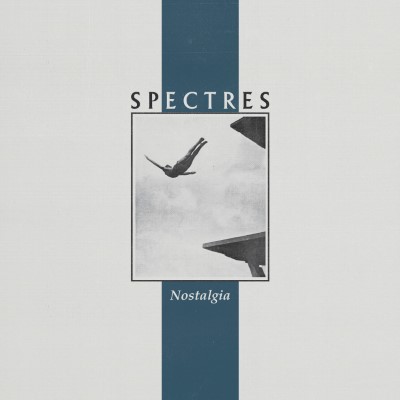 The Vancouver post-punks in SPECTRES are back with Nostalgia, their fourth full-length release. The five-piece’s latest outing sees the band working in similar territory as with past records, but with a definite upgrade on production quality that ultimately results in a tight, well-put-together new-wave inspired album. The band draws direct influences from classic new-wave and post-punk bands from the ’80s like Joy Division, Killing Joke, and Depeche Mode, but unfortunately falls short of leaving their own unique impression on the style. The album of nine tracks total touches on a multitude of 80’s alternative motifs with the shimmering clean guitar leads, the upbeat lively drum patterns that set the pace and drive alongside some strong basslines, tied off with a warm synth backing that helps establish the old-school aesthetic.

The record shines on tracks like “Dreams” that show off singer Brian Gustavson’s impressive vocal range with a familiar layering of reverb-heavy guitar leads, backed up by a simple but effective bassline and a fast hi-hat drum pattern to contrast Gustavson’s soaring, drawn-out vocal lines. Similarly, shades of Depeche Mode can be clearly spotted on a song like “Fate”. Opening up with a fast-paced, dancey drum beat and an effects-heavy bassline, “Fate” hears Gustavson’s more sullen, moaning vocal approach that brings to mind legends like David Gahan or Morrissey. “Pictures from Occupied Europe” is arguably the most punk-influenced track on the record and definitely acts as a standout for Nostalgia. Another fast upbeat track, but with a more aggressive, pulsing bassline, more chord-heavy guitar riff, and a passionate, shouting vocal performance from Gustavson that builds tension all the way to the end.

Overall, Nostalgia from SPECTRES is no-doubt an enjoyable record. The band doesn’t stray far from their influences and in this case, that may be somewhat to their detriment. The quality that makes this record distinctly a SPECTRES record appears a little bit lost in the wave of 80’s alternative motifs, but Nostalgia is nonetheless a solid, well-produced album that perhaps lives up to its name a little too well.