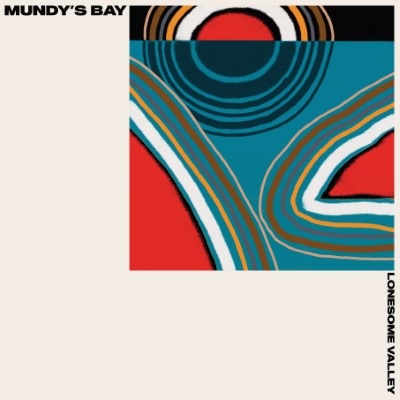 The prospect of an indie record produced by legendary hardcore producer and guitarist of Converge, Kurt Ballou, is an intriguing one, to say the least. The sound of Mundy’s Bay could easily be over-simplified as Alvvays, but with a bit more of an edge. But Lonesome Valley is so much more than that. The band captures an exciting cross-section of punk rock and indie influences and manages to effectively tie them together with highly visual, evocative lyrics that tell a story of love, loss, and vulnerability. There is not a single ill-conceived, throwaway track on this record and each song seems to build in both musical and thematic complexity as the 11-song LP progresses.

The album opens with “Goodbye” and “Seasons Pass”, a pair of upbeat, danceable indie tracks that establish the launch point for the tone of the record. The songs immediately bring to mind the impressive legacy of great Canadian indie artists that came before, and yet the delivery and substance of the music and lyrics is wholly unique to Mundy’s Bay. The heavier riffing and darker post-punk elements on “Wash Over Me” point towards the band’s punk rock influences in a way that is fresh and tasteful, but doesn’t compromise the aesthetic of the record for the sake of hooks or cliches. “Visions of You” is for sure a standout song on the album as it draws the listener in with its soft synth aura and keeps you hooked for the full five minutes while singer/keyboardist, Esther Mulder, delivers her impassioned and honest vocal performance. Another heavy hitter on the record is “Sleep Away the Summer” which tells a fairly standard love story, but manages to musically emulate the anxious, jittery feelings that come with a new love, in a way that is legitimately very sweet and genuine helps the song hit a lot closer to home. Finally, the album closes off with  “J’ai tout perdu” (I Lost Everything). The song is melancholic and confessional and shows someone coping with loss and trying to deal with how the darkness can end up wrapping itself around those closest to you. It’s a vulnerable and relatable message that serves as a tragic, but still, vaguely hopeful conclusion to the record when Mulder sings to her lost love, “I know you’ll find your way out”.

Lonesome Valley is a fitting title for Mundy’s Bay’s first official full-length. The album opens with songs describing love and infatuation but quickly descends into the valley of complications that come with relationships. The band effectively utilizes their many diverse musical influences while still producing a well-conceived, thoughtful, and personal album that hits home. It will be exciting to see what lyrical realms Mundy’s Bay ventures into on future releases.