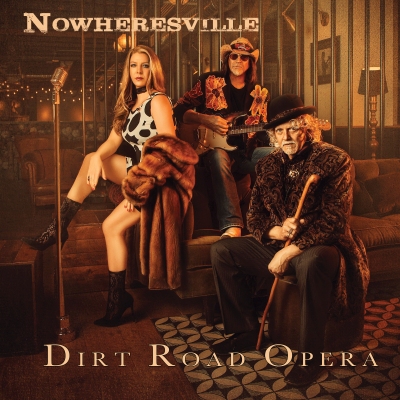 The trio – Rachel Matkin, Barry Mathers, and Jim Ryan – came from individual musical backgrounds each lined with Juno nominations. Matkin earned a nom for Country Vocalist of the Year from her debut album “Living Beyond Our Dreams” while Mathers and Ryan came from the nominated country-rock band Cruzeros.

There’s an authenticity infused in the band’s musicianship. Their harmonies blend together with delicacy and precision; no matter who’s leading the vocals. As songwriters they bring literal and metaphorical themes to life with unique musical styling, whether it’s painting a picture of small-town life in “The Way It Is Around Here” or the feeling of an outlaw in “Rattling Bones”, each song breathes a life of its own. The electricity runs high with the fiddles and guitars on “Horseshoe Turn” while things take a turn for the romantic in Rachel’s vocal-led ballad “Hard to Find”.