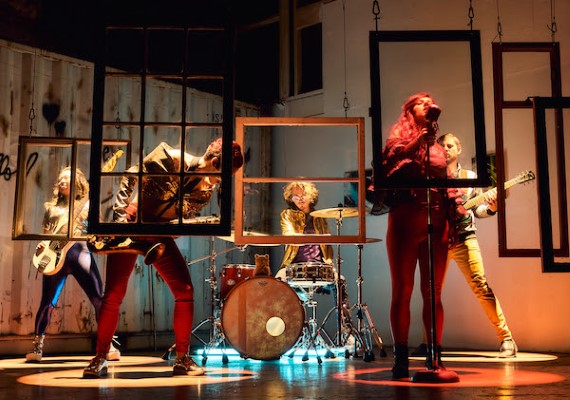 This latest video accompanies a track from the band’s 2019 self-titled EP and was directed by Wayne Chung and Bailey Wood. Chung and Wood also directed the music video for another Raincity song, “Give This Up”.

The band made a special point of scheduling the release of this latest video to coincide with International Women’s Day. Here is Raincity discussing the connection of “Crazy” to feminism:

“‘Crazy’ is a song about betrayal and gaslighting. It talks about a relationship where the other person is hiding information from you and making you feel crazy for looking into it. We wanted to portray the same feeling by showing ourselves on display in an art museum and having the critics look through us as if they weren’t hearing us. The stark contrast of lighting in the video and the shots where the critics are missing, allude to the experience of thinking ‘it’s all in my head’ which are the last lines of the song.”

Raincity has a short run of west coast tour dates lined up for mid-March. Here are the stops: