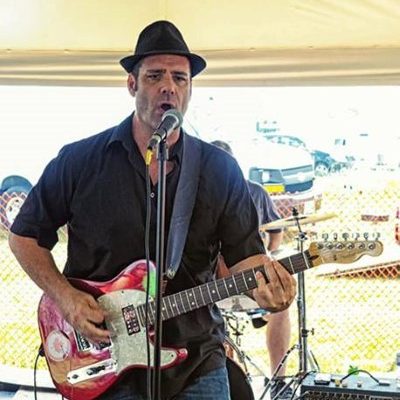 “The music was done first, and the lyrics came after,” he recalls of the songwriting process. “The video essentially became a storyboard for the song.

Inspiration and the songwriting process was almost meditative in its origins for Dougan this time around, with the subject matter coming to him with a sense of ease — eyes closed, quiet on his couch. “I went into a deep concentration and kept asking myself, ‘what should I write about?’” he shares. “A few minutes later, the word ‘Nunavut’ popped into my head.”

Check out the single below and find out more about Craig via our Five Questions With segment.

I’m a Singer/Songwriter/Musician based out of Kitchener, ON.
I have been performing shows dating back 1990.
I enjoy performing Covers and Original material.
I get hired mostly for Corporate events, Festivals, and Private Parties.

I am an Alternative Rock/Hard Rock music lover.
My writing style resembles that, but with an occasional acoustic tune thrown in for good measure.
My 3rd Album release “STILL RISING” has something for everyone.
Similar to what you’d hear on Classic Rock Radio stations across Canada.

Lyrically, my are songs about Hockey, Cities in Canada, Cars, Relationships, Deceased Recording Artists and my Love of Life.
I keep it interesting and going forward I want to write more storytelling type song lyrics, TRUE Story Experiences.
“Iqaluit” will be on my next Alum release. I’m hoping for fall of 2020.
I’m currently writing a song about Driving in Dangerous winter conditions.
A close call I had last year.
What’s more Canadian than driving in a Blizzard in February?

I’m somewhere 2 – 4 times a month in Southern Ontario…Join my FB page for all shows and upcoming events!

I have been slowly adding video to my Youtube Channel, and want to add more LIVE Footage Videos over the next 12 months.

Have a gander and tell me what you think! I like to dance when I’m just singing and not playing an instrument.

I would initially suggest my latest Single.
For the simple reason it’d be my “Latest and Greatest!”
I work a song until I’m completely satisfied.
If it doesn’t sound like me I start over. I rework it until it works.
I won’t complete or release it if I don’t like what I’ve done.

I like a range of artists and all genres.

If you are Canadian and known internationally, my respect level goes up.

ALL these artists are all influences on my style of Songwriting.