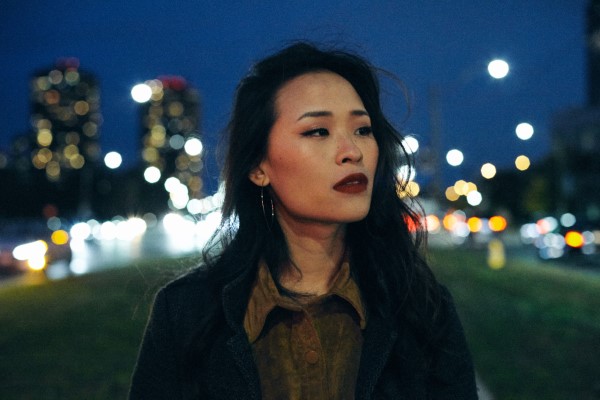 Born in Taiwan, raised in Guelph, ON and now calling Toronto, ON home, Chynna Lewis discovered her love for singing at a young age through soul and R&B music. She began writing her own songs on the piano and guitar at the age of fifteen and led her to a career in music.

Now, she has unveiled her debut single, “Mind and Soul”, which captures her creative process with a combination of modern, beat-centric production and the warm sounds of old soul recordings.

Check out the single below and find out more about Chynna via our Five Questions With segment.

Hey! My name is Chynna Lewis – I’m a Pop/Soul vocalist and songwriter originally from Taiwan. I grew up in Guelph, but Toronto is where I call home. For most of my career, I have been supporting artists and bands as a backup singer. I’ve been really fortunate to have worked with and learned from artists such as Ed Sheeran and Jessie Reyez. But my first love was songwriting. I’ve always loved writing my own songs and being creative since I was a kid, and it was my dream to someday perform them. So here I am! Check out my debut single called “Mind and Soul”.

I tend to write when I’m feeling a lot. It’s the Pisces in me – I’m an emotional gal. My lyrics are centered around love and relationships; Romantic love and friendships. Stylistically, I’ve always gravitated towards Soul and R&B music and lush vocal harmonies, but Pop and folk have been huge influences as well. I think my music has a little bit of all of that. I generally write on the piano or guitar, then I’ll bring my ideas to other songwriters or my producer, Scott McCannell, to open up the creative process and breathe new life and perspective into it.

I feel like my live performance is fairly emotional and sentimental – whether it’s happy or sad, my goal is to have people feel something and connect with the human experiences we all go through. Kind of like watching a Pixar film – Gets you in the feels.

At this point, it’s my debut and only single “Mind and Soul”. It’s out now on all major streaming platforms! Stay tuned for new music coming out soon!

I’ve been really inspired by some amazing female artists coming up in Toronto. Constantly blown away by these women: Charlotte Day Wilson, Lydia Persaud, Aphrose, and Emily Rockarts to name a few. Do yourselves a favour and go check them out!!