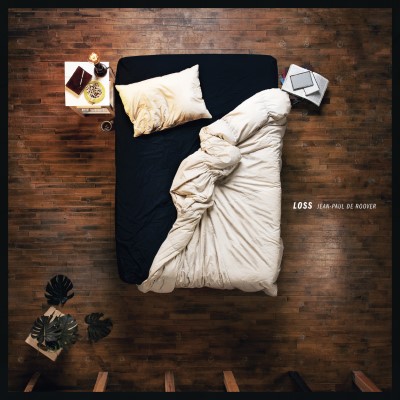 This album rocks. I don’t mean so in the “this is really good” sense—though, incidentally, it is—but rather in the sense that throughout much of its duration it sonically rocks the hell out. In this way, Jean-Paul De Roover’s Loss, the fittingly-titled follow-up to his previous album, Love, is a definite surprise.

Whereas the last was very much a folk album, this new one strays in a completely different direction. It is undeniably heavy with crunching guitar and brisk percussion, and De Roover exuberantly crooning, sometimes even shouting, over top. To listen to the two albums in succession, you would hardly think they were recorded by the same person, although some semblance of the artist’s former work does become apparent in the album’s second half. A definite turning point exists midway after the entirely screamed “Glass Cliff,” a particularly torrential track, which is followed by the contrastingly tender opening verse of “I’m in Love.” All subsequent songs are similarly toned down in comparison to the first half-dozen, being more regularly clean-driven and seemingly introspective, though they still tend to have moments of really cranking things up again. It is typical of most on the album to reach a pinnacle of force and feeling toward their middles or ends, often punctuated by ornamental elements like the group chant that closes “Wreck,” the ethereal background vocals drifting through “Float on Down,” or the violin that adds an extra tinge of sentiment at points across the album.

All in all, the release is quite well-balanced. Loss has what it takes to pump a person up, while also doling out the feels. As for the live-looping solo performances that De Roover has been noted for, I wonder how the increased intensity and complexity of these songs might otherwise translate into a live show. Surely it would be fun to see!