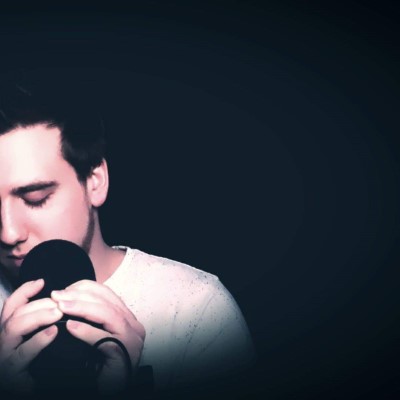 Saskatoon, SK-based singer-songwriter Jared Buller-Kormos released his debut single, “Goodbye” recently, and we wanted to catch up with him for our newest segment of Five Questions With.

Check out the single below and take a few moments to find out more about Jared.

My name is Jared Buller-Kormos, a Canadian singer-songwriter from Saskatoon, SK. I specialize in the genre of acoustic-pop. I have been writing and producing my own music for 15+ years, and have explored many different genres throughout the process. I began writing in the electro-pop genre, heavily inspired by Owl City. As I progressed as a musician, I picked up an acoustic guitar and began to write music based on my recently acquired musical influences such as John Mayer, Ed Sheeran, Ryan Cabrera, Howie Day and Wave. After I started writing more acoustic songs, I began shaping my music into my own sound. Some millennials tell me my music has a “2000s pop” undertone to it, which leaves them feeling nostalgic for the music they grew up listening to.

In 2015, I put out my first debut album “Juliet”. It is a mix of electronic and acoustic pop, as I was still transitioning out of the electro-pop genre. After releasing “Juliet”, I took a break from writing music and began refining my writing and instrumental skills. Through the years, I have written many songs that I have not released, as I was still in the process of experimenting and finding my own sound. After 4 long years of studying music production and writing music, I have now started writing my new album, with “Goodbye” as my debut single. With this album, I am trying new things with my music and lyric writing style. My music has typically been instrumentally driven, with long intros and unnecessary instrumental interludes, making the listener wait for the rest of the story. As a singer-songwriter, I’ve been trying to write music that engages my listeners with the story, rather than the instrumental.

The way my music is written gives off the impression that I write from personal experience, but it is based on my emotional state at the time, rather than my experiences. I create scenarios in my head based on my emotional state, and then I write based on that scenario. For me, the beautiful thing about music is, regardless if it is a song written from personal experience or from what you’re feeling in the moment, people always find a way to relate to it. That always gives me an opportunity to make someone feel something, even if I haven’t personally felt it myself.

No upcoming shows at the moment. I do, however, sing and play drums in my church, as I am a music coordinator, for one of the music teams. I have also played live shows in the past at local events in Saskatoon. I am currently in the studio, writing and recording my new album, as I have said in the previous question.

I would suggest my song “Goodbye”. It is my latest debut single I just released on Spotify, Deezer, Tidal and many other digital music streaming platforms. Goodbye is an emotionally driven song about losing someone special in your life and has received over 500 streams on Spotify in just under a week. To my pleasant surprise, my song has been immensely supported by the Filipino community. Upon release, I have gained over 100 youtube subscribers and over 400 facebook followers, mainly from the Filipino community. I can’t thank them enough for the affirmation and support they have given me in my music career. The song “Goodbye”, is now available for streaming on Spotify.

I would say the early 2000s pop band Wave (known for “California” and “Don’t Say Sarah”) is currently one of my favorite Canadian bands. I have a few songs that I thoroughly enjoy from more current Canadian artists such as Virginia to Vegas – We Are Starts and Tyler Shaw – House Of Cards.