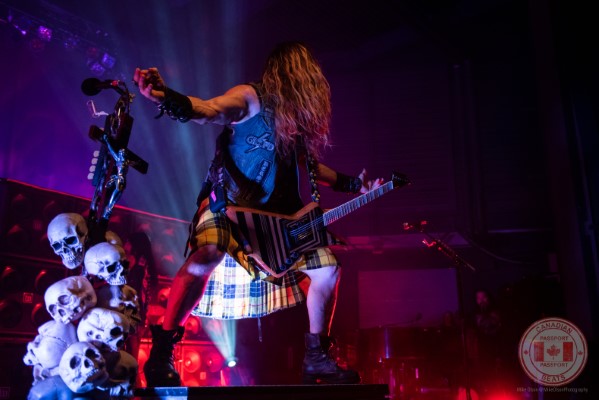 On March 7, 2020, Zakk Wylde’s Black Label Society and the Canadian chapter of their loyal fan base, came out to MacEwan Hall at the University of Calgary in Alberta for a night of metal and mayhem. Black Label Society were joined by death metal legends, Obituary, and starting off the night of was Lord Dying.

Lord Dying brought their Sludge metal sound to the masses, working the crowd into a frenzy to get everyone pumped for what is to come.

Obituary did not disappoint. Creating and playing music for nearly 30 years together, they were on the forefront of the rise of Death Metal and proved they are one band you don’t want to miss seeing live. 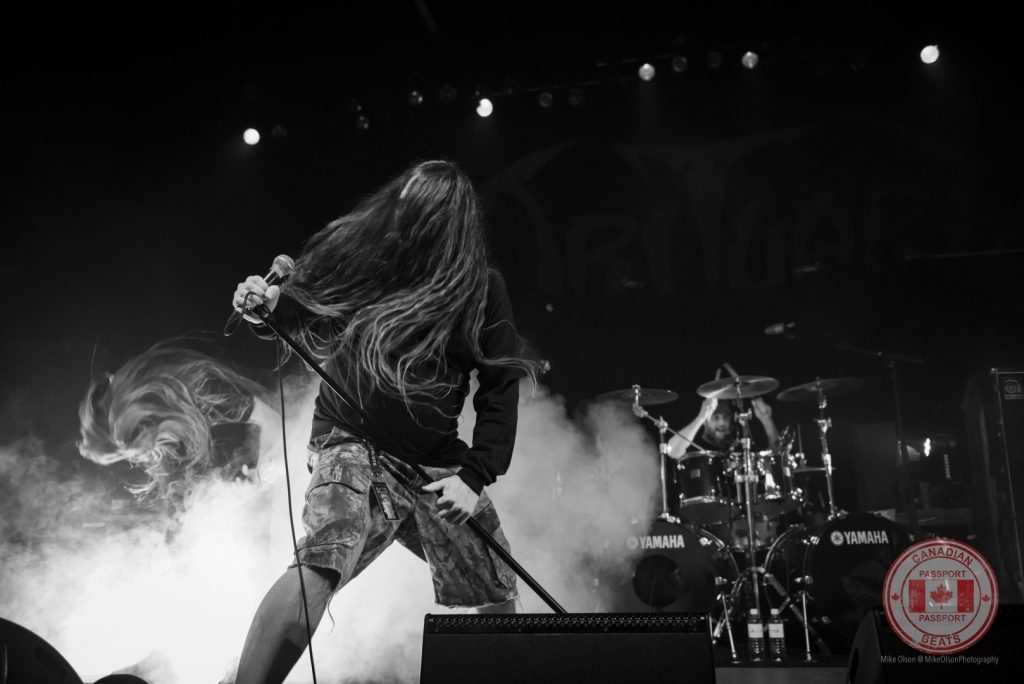 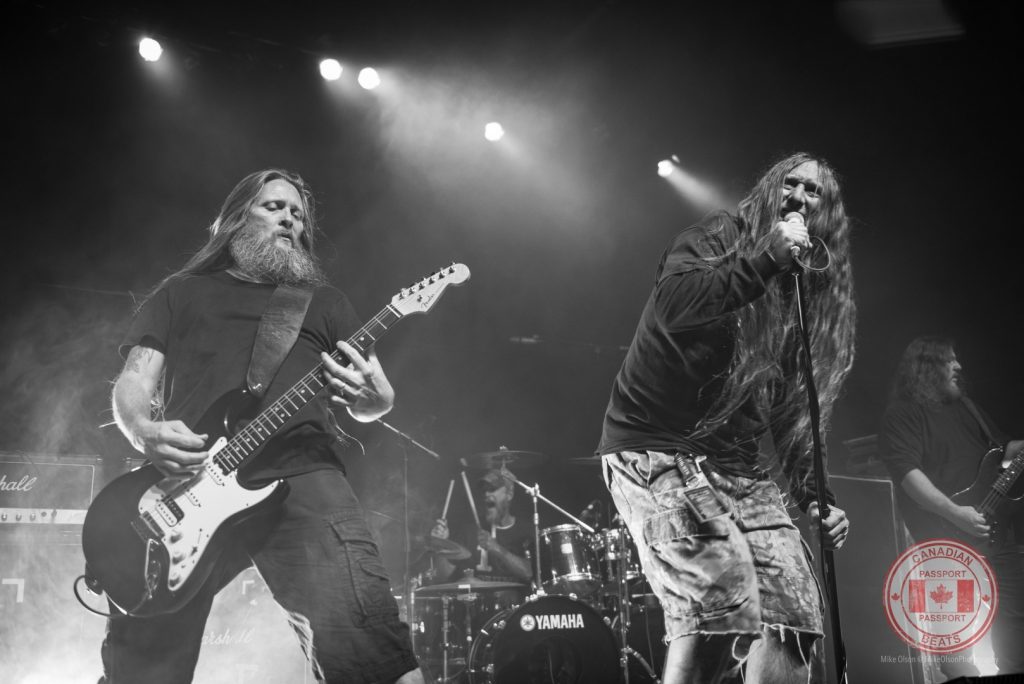 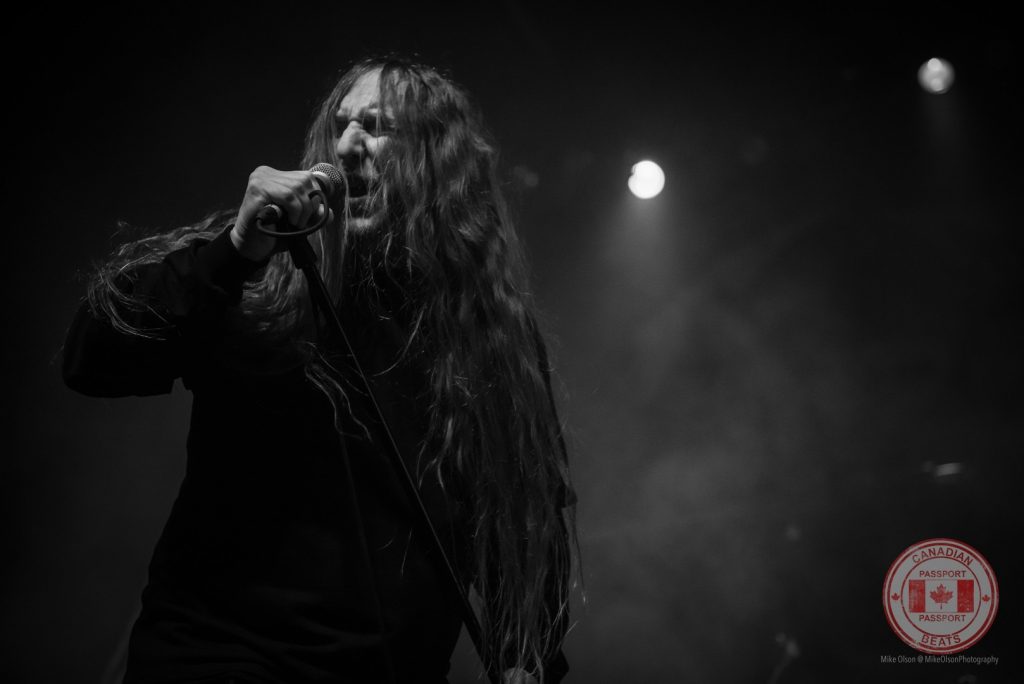 As Jimmy Page’s riff from “Whole Lotta Love” echoed through the speakers, the legion of fans stormed the stage to get as close to the axe-wielding Berzerker as possible. After it transitioned perfectly into Black Sabbath’s “War Pigs”, the massive BLS embossed kabuki that was draped across the stage dropped from the ceiling unveiling Wylde and crew bathed in Red. While the smoke canyons bellowed smoke over the crowd, BLS tore into “Genocide Junkies” and “Funeral Bell”. Drummer, Jeff Fabb, and Bassist, John DeServio, continued serving as the power-house rhythm section behind Wylde and Dario Lorina.

“The Rose of Petalled Garden”, “Bleed For Me” and “Suicide Messiah” deemed to be early crowd favourites, which saw security scramble around to ensure the crowd surfers had a safe landing once working their way up to the barricade over the sea of hands. Fabb and DeServio did a great job playing off each other with a groove that had people on their feet’s as the crew set up a Piano for the next few songs. With Wylde behind the Piano, Lorina stepped in to perform the blistering guitar work on a stripped-down version of “Peddlers of Death”. The crowd erupted and showed their love for Lorina.

While behind the piano, Zakk Wylde did a fantastic piano solo that saw a rendition of “Let It Be” by The Beatles before two flags draped the speaker stacks, which were immortalizing portraits of his Fallen Brothers, Dimebag Darrel and most recent, Vinnie Paul. It was an emotional tribute that had the audience chanting for the legendary artists. The song dedicated to the brothers, “In This River”, saw the lighters light up the venue and had everyone singing along.

After clearing the Piano off the stage, they ripped right into “Blessed Hell Ride” and “Fire it up”, which opened up for one of Zakk Wylde’s legendary guitar solos. As “Fire It Up” wrapped up, Wylde and Lorina made their way through the crowd to a riser set up at the Front of House mixer for a full-on shred fest that showcased the talent and power of every member in the Doom Crew. After melting the faces of the fans, Wylde and Lorina found their way back to join their brothers on stage. “Concrete Jungle” and “Stillborn” brought the blistering set to the end. Wylde celebrated the night on stage by holding one of his Iconic bullseye Les Paul guitars over his head like the Guitar God he is. 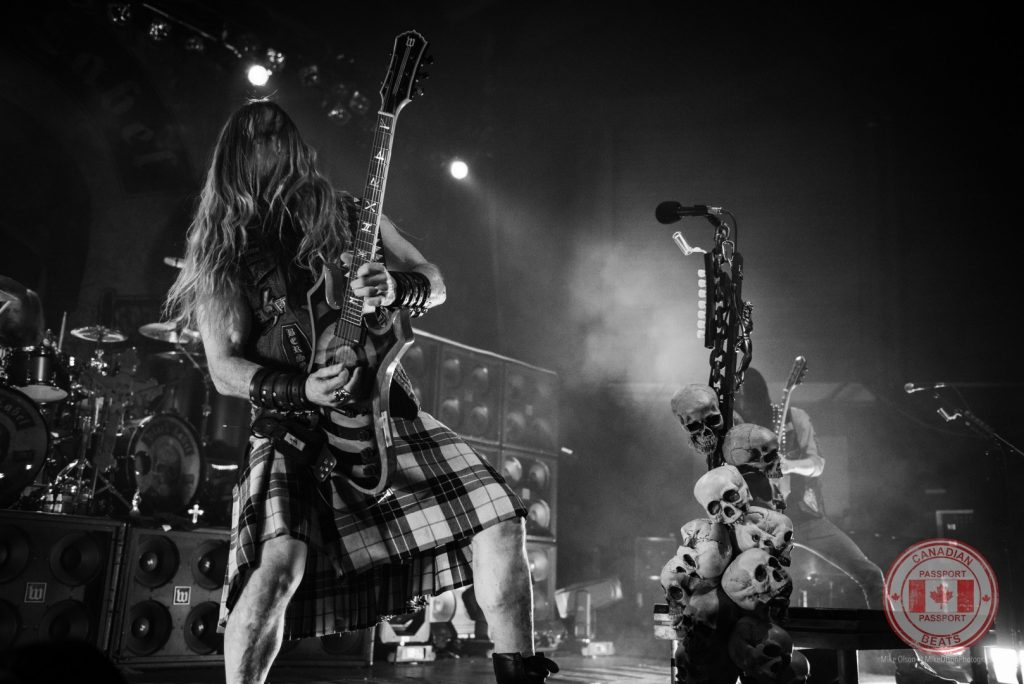 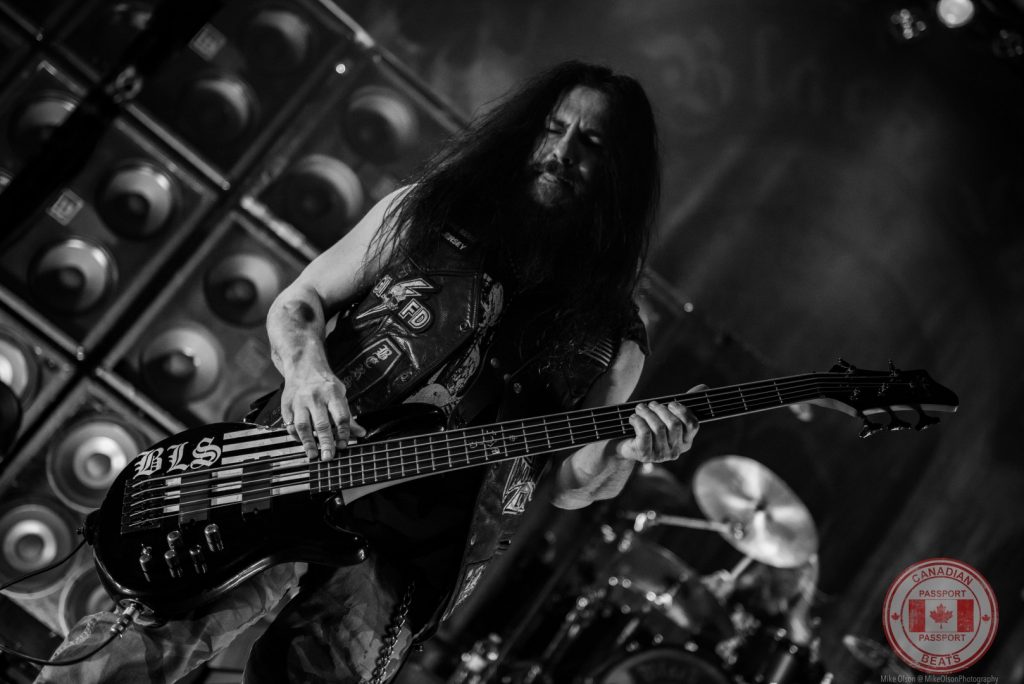 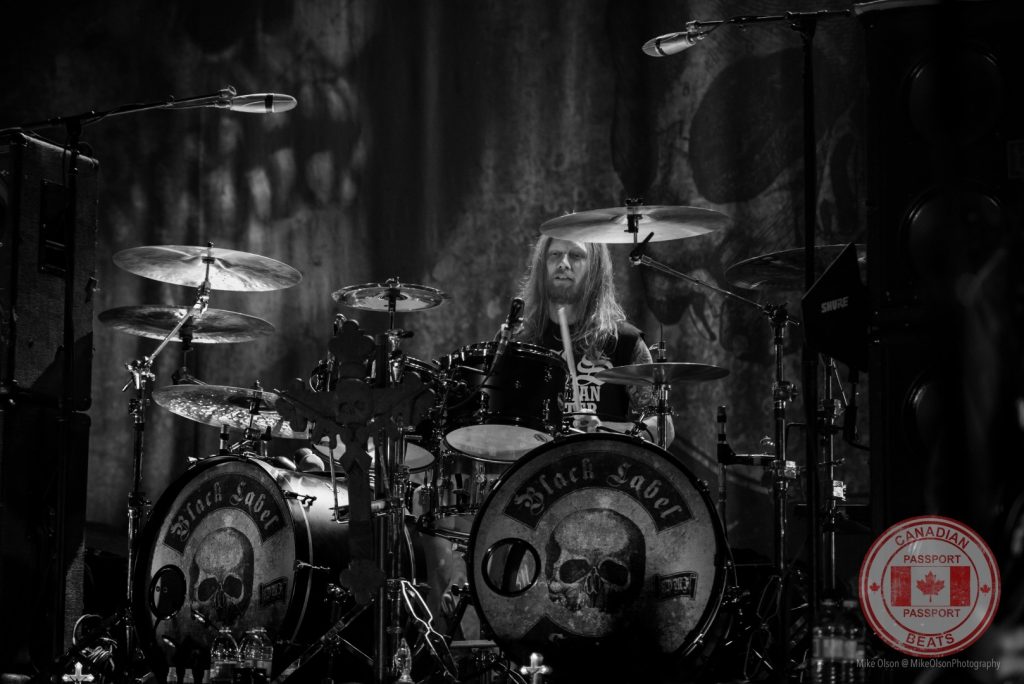 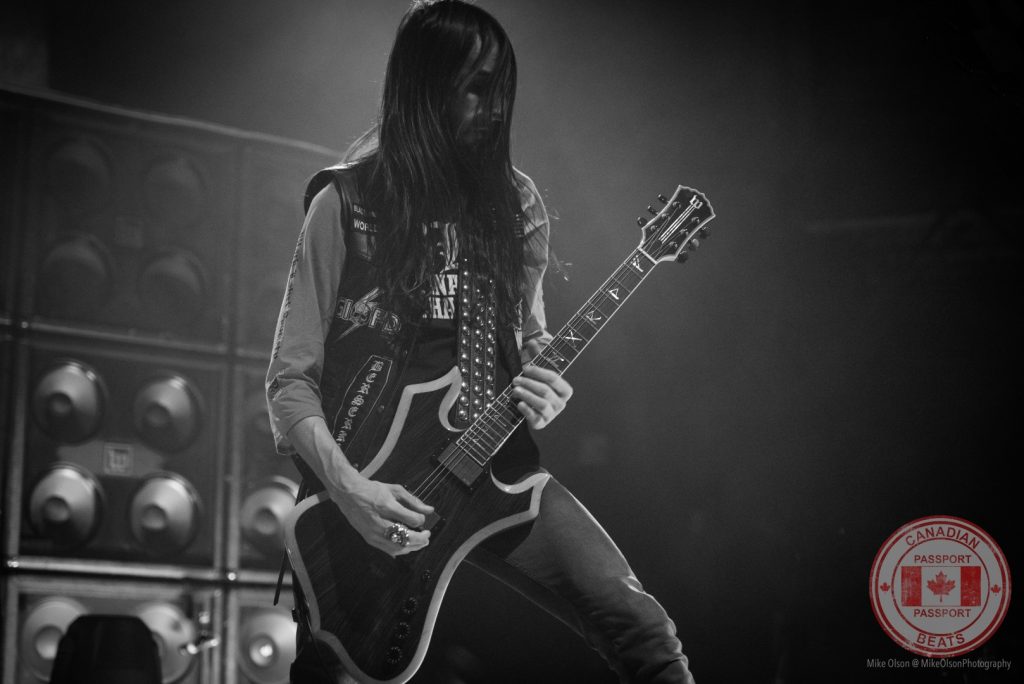 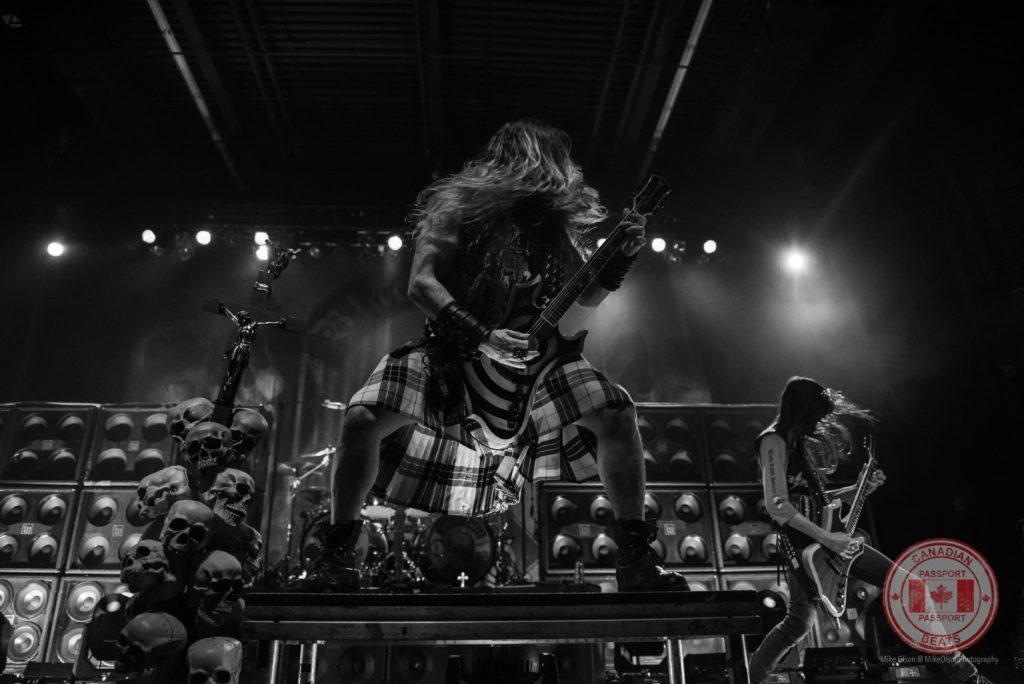