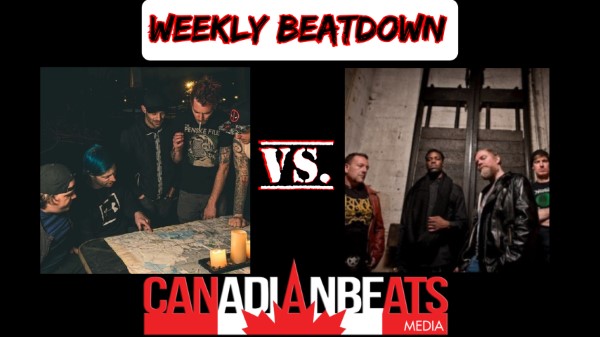 Hey everyone, I hope you’re all doing well! Welcome back to the Weekly Beat Down, where this week we had technical difficulties and we have no episode. Sad faces all around, but that’s not going to stop this week’s battle. We’ve got two amazing songs facing off against each other for you the fans to vote on. Running from Monday going all the way until Saturday night. Check out the two amazing songs featured down below.

The first song featured is are returning champions from last week’s Beat Down. Vancouver Hard Rock Band Two Car Train have been putting up quite the fight in the last three weeks. The video for their single “The Door” put up an incredibly close competition against last week’s competitors. Be sure to get your votes in for “The Door” if you enjoy the video once again down below.

Now for the second song that will be facing off this week against our champions. All the way from Barrie, Ontario, this 5-piece Pop Punk/Alternative Rock Band named Flight 97 have released the video for their first single off of their upcoming EP. The song is called “Cliff Diving” and features guest vocals from Toronto singers songwriter Jenn Fiorintino. Check out the full video down below and vote for “Cliff Diving” if you enjoy it.

And those ladies and gentlemen are going to be the amazing songs on this week’s edition of the Weekly Beat Down. I hope you find a song that you will enjoy and vote for with your friends. You can cast your votes in the section just down below.