PREMIERE – Late July releases video for “Calling to the Moon” 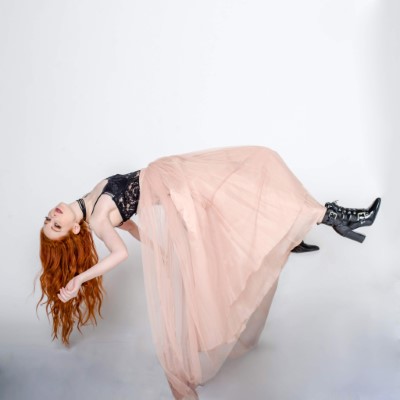 Canadian singer-songwriter, Late July (aka Nicole Simone) has unveiled the video for her single, “Calling to the Moon”.

Filmed by Fred Yurichuk, the music video opens with a focused shot of Late July staring up into the sky with the wind blowing against her fiery long wavy red hair. Located out in a barren area of land, Late July stands at the entrance of a cave wearing a black and silvery sundress stretching her arms up above her head, embracing the rush of adrenaline and euphoria that one experiences being surrounded by nature and her energies.

Check out the video below and find out more about Late July via our Five Questions With segment.

I would describe my music sonically as a mix of Beirut and Lana Del Ray with a certain 90’s vibe. As a lyricist I’m heavily influenced by Tom Waits, Elliot Smith, The National and my all-time favourite, Jeff Buckley

I currently have another livestream show in the works. I did one back in November which was great for audience engagement but had some technical issues. We’re working on ironing out those kinks and adding a much larger production value to the show.

I would describe my live show as dynamic, dreamy and colourful. I play with a larger band which brings allows for lots of weaving in and out during the set.

Calling to the Moon. I feel like this song covers all the corners of Late July – the energy, the colours, the horns… it’s all there. We shot the video in Bronson Canyon using the Bat Cave from the original Batman series and the end result is amazing.

Canadian Beats is all about Canadian music, so who are your current favourite Canadian bands/ artists?
Hannah Georges and Jenn Grant. Check them out!