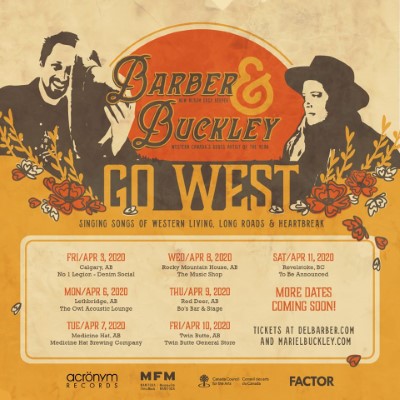 Two of Canada’s biggest roots stars, Mariel Buckley and Del Barber, announced on Friday that they will be heading out on a co-headlining tour for the month of April.

Barber will be supporting his most recent release, Easy Keeper, which is nominated for a JUNO Award in the Best Contemporary Roots Album of the Year while Buckley was named Roots Artist of the Year at the 2019 Western Canadian Music Awards.