Home / Shows / IN PHOTOS – Doug & The Slugs and Sharkskin in Vancouver, BC

IN PHOTOS – Doug & The Slugs and Sharkskin in Vancouver, BC 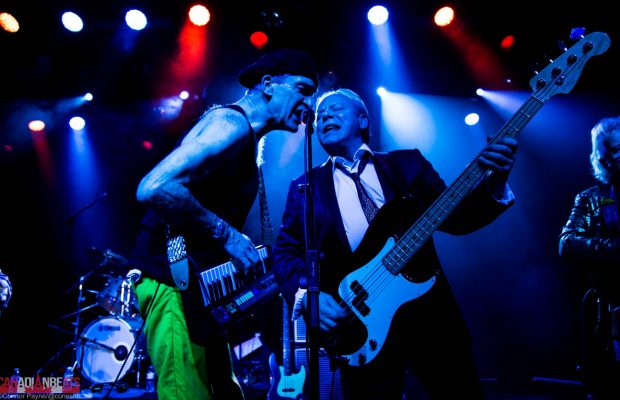 Who: Doug & The Slugs and Sharkskin
When: February 29, 2020
Where: Commodore Ballroom, Vancouver BC

Well if you’re a music fan, and especially a Vancouver music fan, you’re going to know who Doug & The Slugs are. The original lead singer Doug Bennett may have passed away in 2004, but The Slugs are keeping the music alive and well with the original group and frontman by the name of Ted Okos who joined up with the band in 2009. Simon Kendall who takes care of keyboard and theatrical duties for the team is also part of a band called Sharkskin and they consist of Craig Northey, Pat Steward, and Doug Elliot who are all members of another well known Vancouver band, ODDS.

Sharkskin opened the show up on Saturday night and they got the crowd grooving. This smooth but powerful sounding quartet got together in the early 2000s after collaborating on the soundtrack to The Kids in the Hall movie Brain Candy, and then proceeded to record a self-titled R&B themed instrumental album which they played in its entirety for the sold-out crowd at the Commodore Ballroom. The boys don’t get together to play too often so seeing them was a serious treat, you can tell they’re having a lot of fun ripping it up as Craig described it, and in their matching silver suits, they really do create a cool stage presence. As I said above, we were treated to the whole album which just happens to be 20 years old this year, and the crowd really did eat it all up, the sound these guys produce together isn’t just pleasurable to the ears, it also made the hair on my arms stand up and gave me goosebumps, you know the music is killer when. 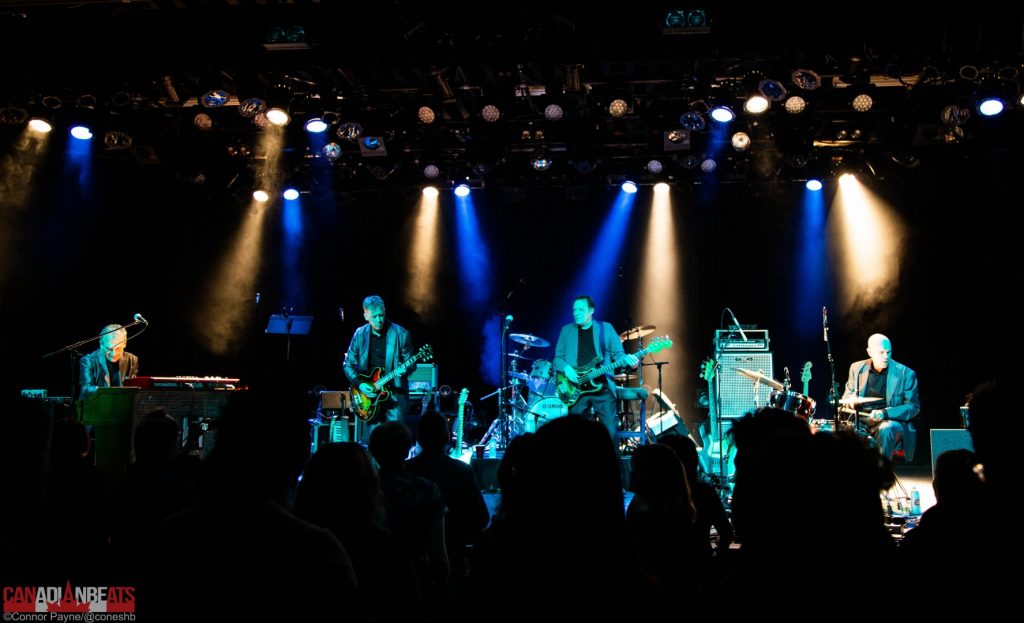 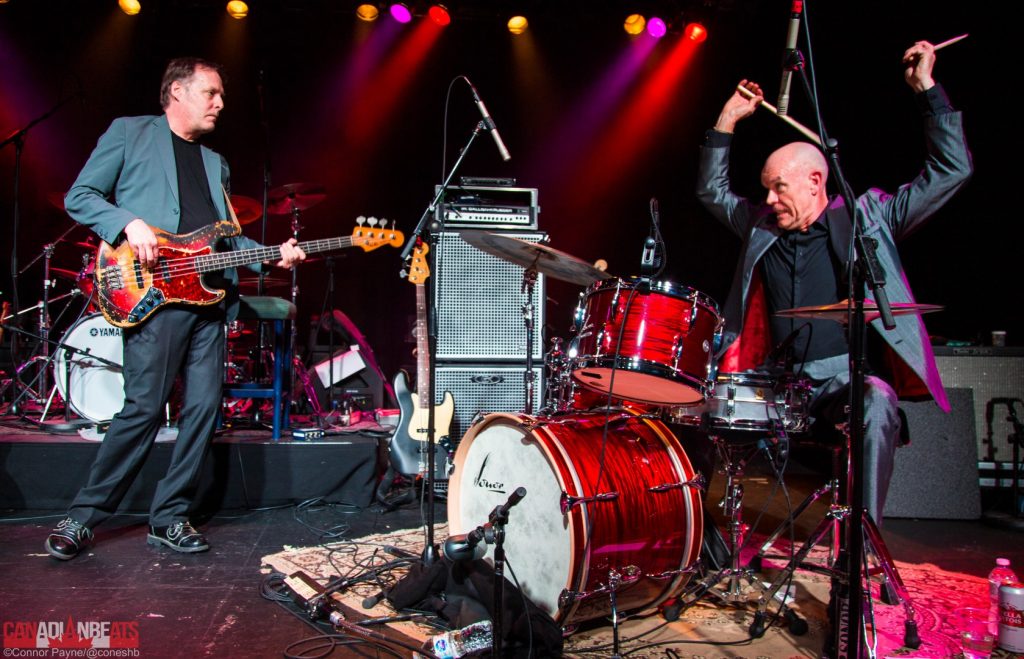 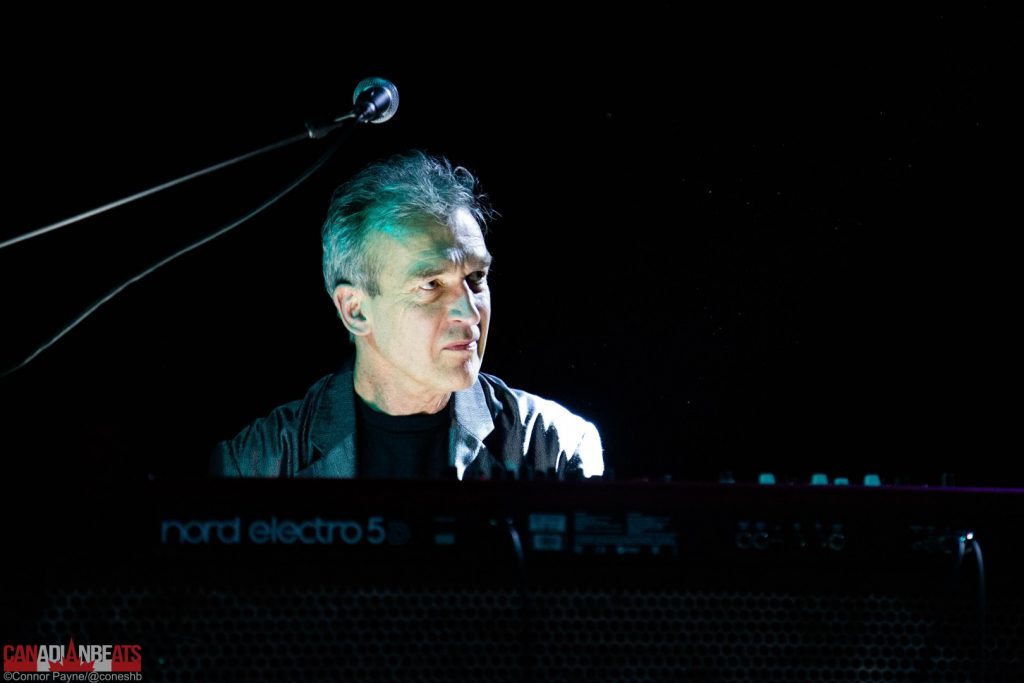 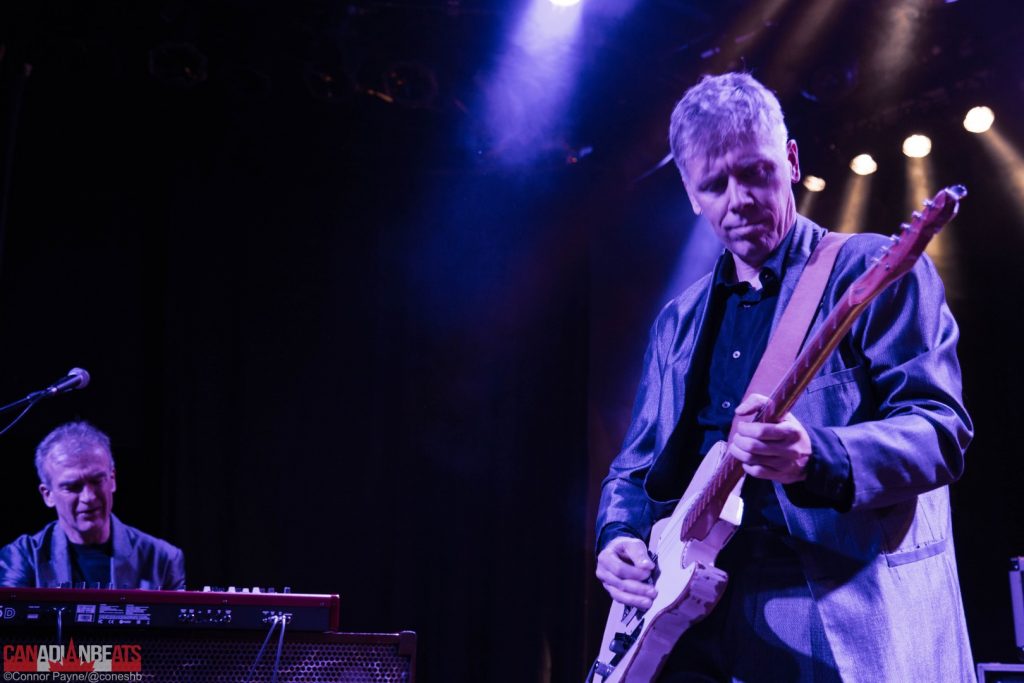 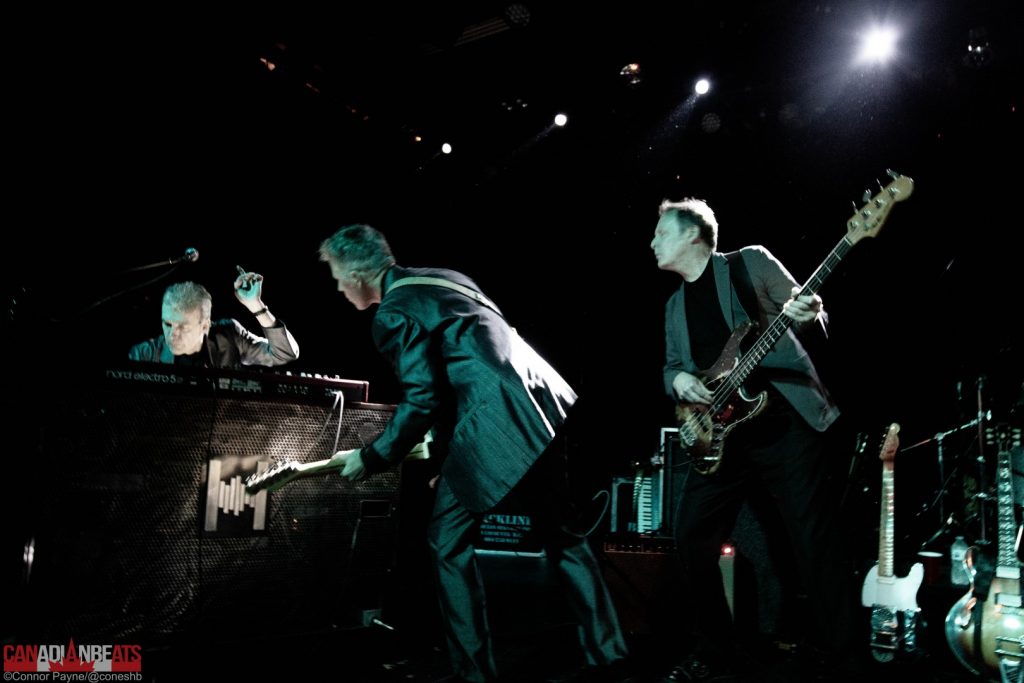 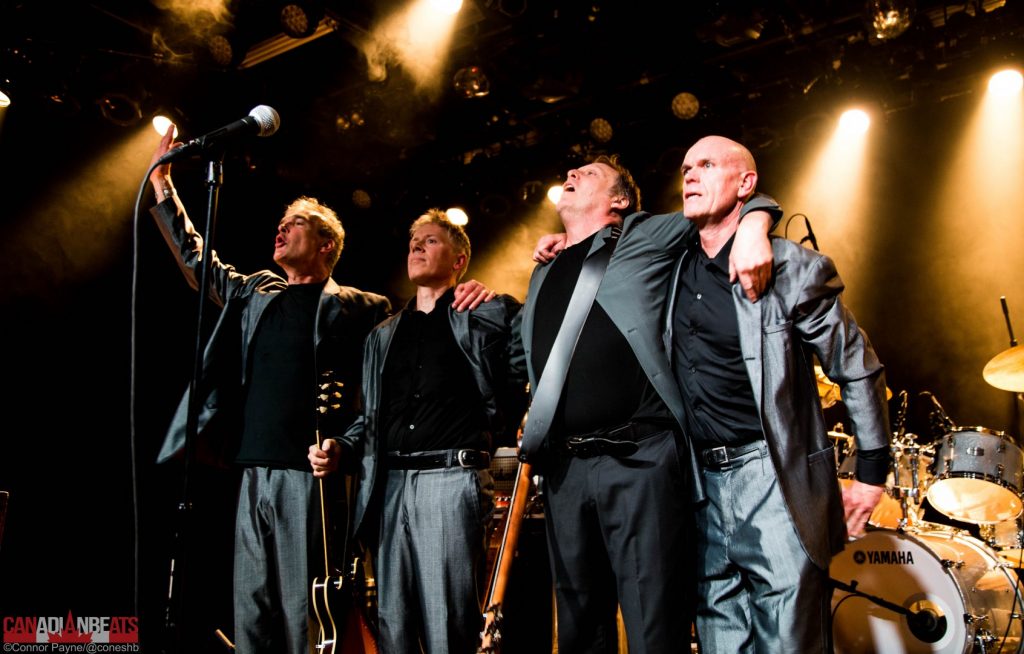 After a fantastic opening set, the crowd of a thousand strong was ready to dance and sing, so dance and sing they did. Doug & The Slugs have such a great catalogue of songs and there always seems to be a lot of audience participation during their shows, I mean who can resist singing along to the likes of Making it Work, Too Bad, Day by Day, and just so many more classic hits that were a huge part of the Vancouver soundtrack and bar scene in the ’80s and ’90s? The slugs pounded out an hour and a half set and they really were fun to watch, the lead singer Ted has the right voice for the role and he just seems to naturally fit the part, he’s big on the theatrics and I definitely found myself laughing at his facial expressions and mannerisms throughout the evening. Of course, the rest of the band is really tight, they’ve been going hard for 40 years now and saying that they click and play so well together would be an understatement and a half. Making up the rest of The Slugs are John “Wally” Watson on the drums, Steve Bosley on the bass guitar, as well as John Burton and Richard Baker handling the guitar duties. 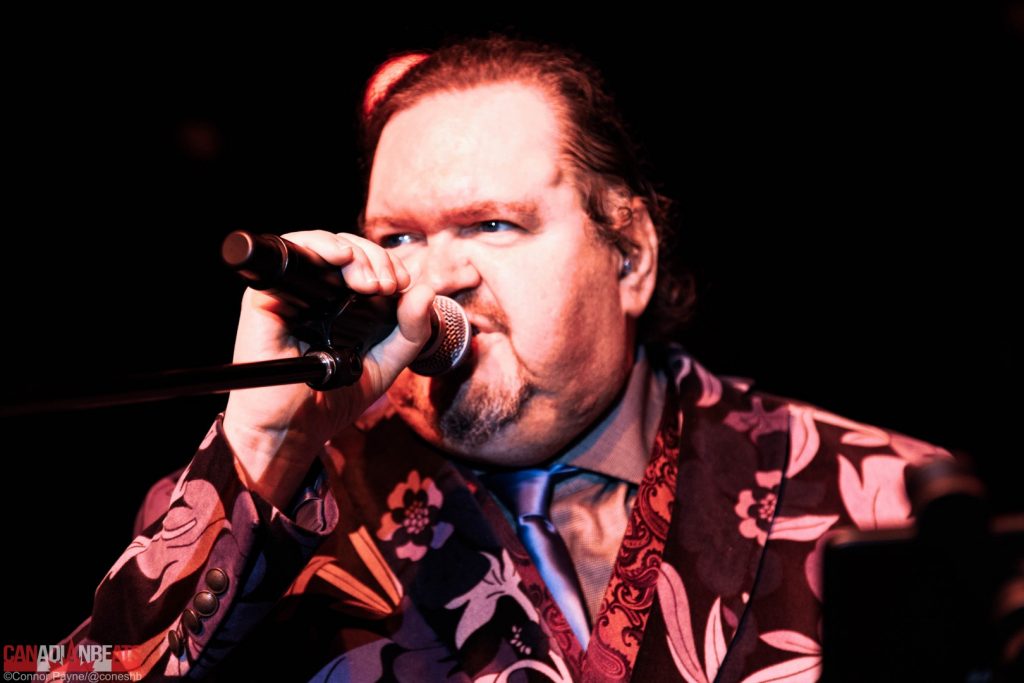 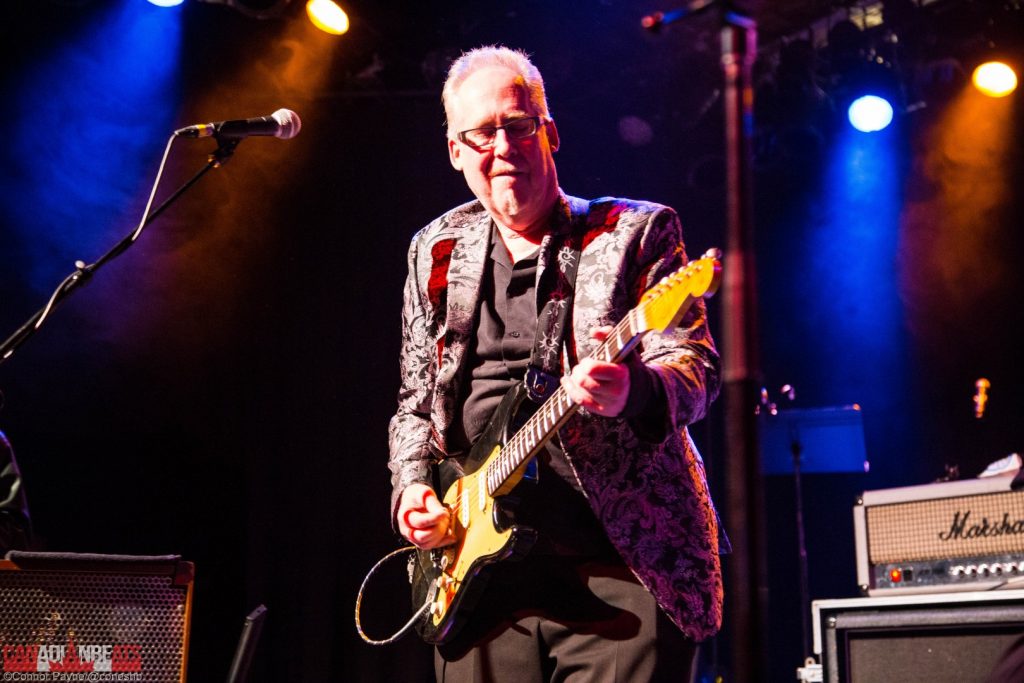 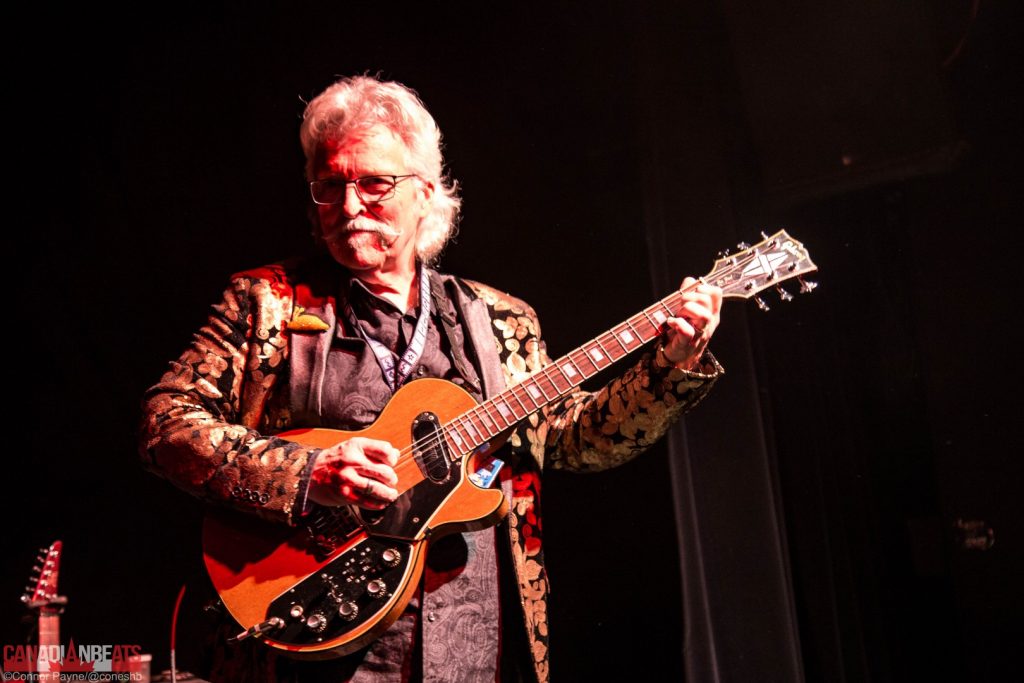 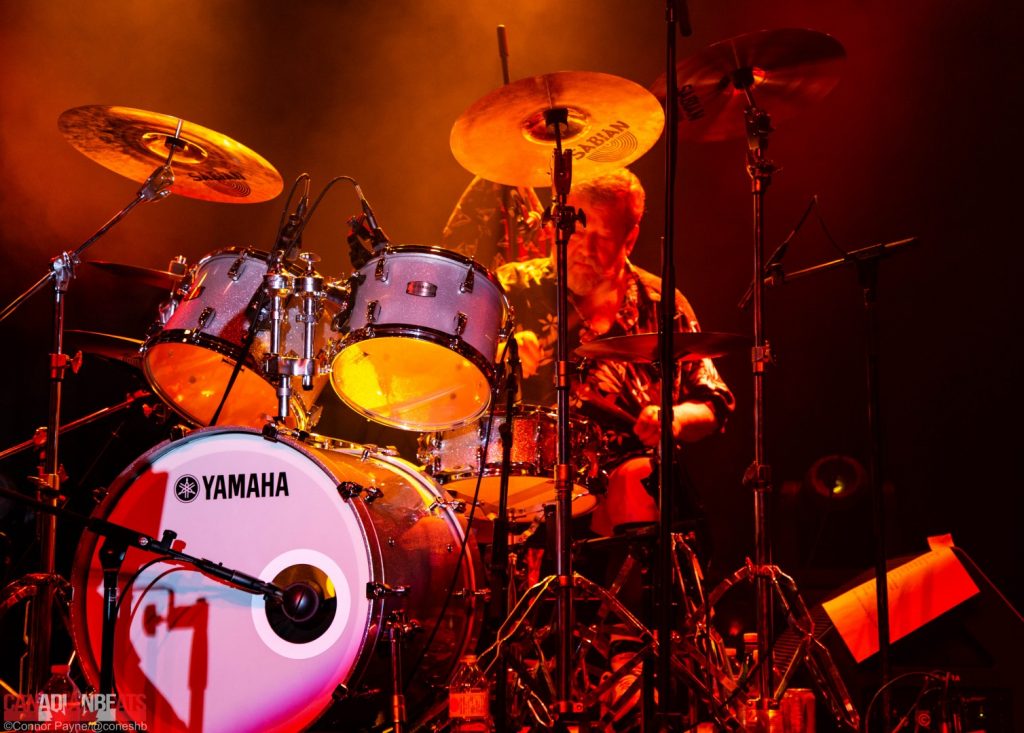 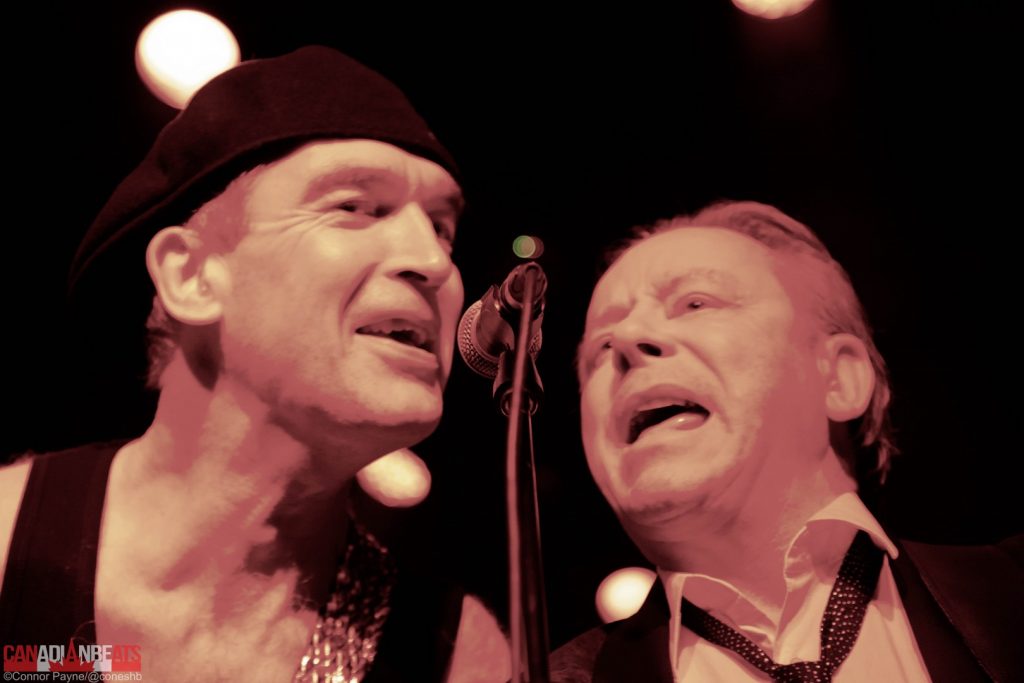 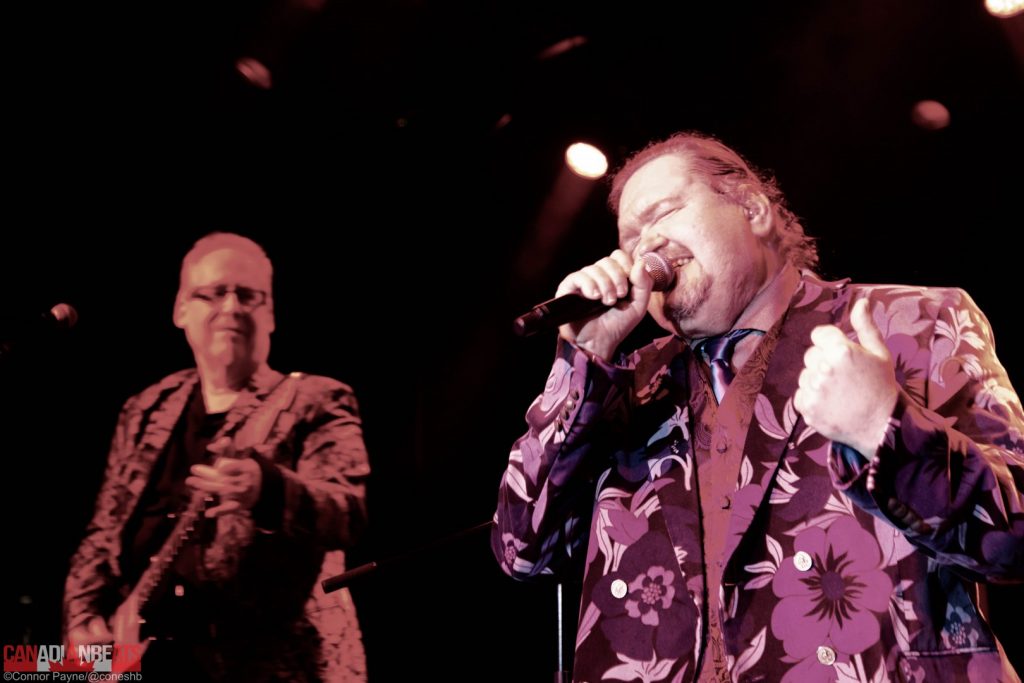 Overall it was one heck of a night down at the old Commodore Ballroom, and I have my fingers crossed that both of these bands are back up on stage sooner than later.

Related ItemsBC MusicCanadianDoug & The SlugsfeaturedoddsSharkskinVancouver BCVancouver Music
← Previous Story IN PHOTOS – Devin Townsend in Montreal, QC
Next Story → IN PHOTOS – The Glorious Sons in Toronto, ON