Home / Promos / Tamara Maddalen releases video for “Whenever You Come Around”

Tamara Maddalen releases video for “Whenever You Come Around” 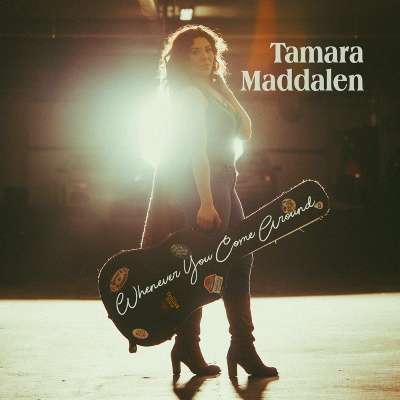 Canadian singer-songwriter Tamara Maddalen has released her fifth single, “Whenever You Come Around” from her upcoming album, Mint Green Mercury.

“The song is the only ballad from MGM, it was a little piece I’d been picking on guitar for a while and I just put down some lyrics to it and recorded it in rough on my iPhone,” says Maddalen. “I took it into B Town Sound and Justin Koop really dug it and rather than work on another song in progress he had me put down the acoustic and vocal beds at that session. It felt really raw and vulnerable just like the song, so we kept it. It’s the only song on the album that I recorded the vocal track in a single take.”

The video was shot on a cold and snowy day at the Lift Bridge in Burlington, Ontario by French filmmaker Morgane Brandstaedt. The weather was perfect for the dreary black and white vibe they were going for.

“Morgane has such an outgoing personality, which is great for me as I’m still camera shy,” says Maddalen. “I am getting a little bit better with every exposure I get to it, but I often ask the director to cut down my screen time. Morgane had to edit and procure two renderings because I wanted more scenic lyric frames than those centered around me singing. It feels more artistic anyway.”

Check out the video below and stay up to date with Tamara via her socials.