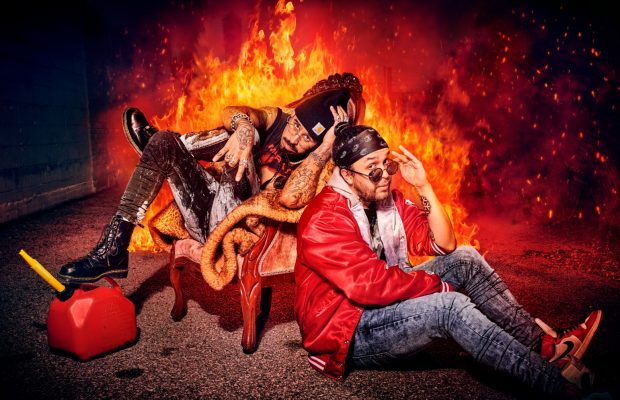 The hip-hop duo out of Haisla First Nation dropped this latest single on Thursday, ahead of the April 3 release of their new EP.

Here is what Quinton “Yung Trybez” Nyce and Darren “Young D” Metz had to say about their latest track:

“We like to refer to things that are dope as real deadly. We wrote this song about feeling strong and confident in who we are as people and artists and want that to transfer to the listener. Much in the way that our track, “Boujee Natives”, spoke to the richness of Indigenous fashion, style, culture, and identity, we want “Real Deadly” to be a positive, affirming song. A lot of the music we wrote for this EP was inspired by the energy we feel at our shows. The tracks are ‘turn up’ tracks and we intended for fans to not only hear them on record, but at our live shows too.”

Snotty Nose Rez Kids have an extensive Canada/US tour set to kick off on March 11 in Vancouver. Here is the full list of dates: