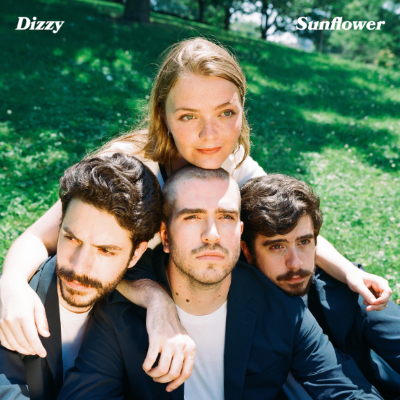 Oshawa, Ontario indie rockers, Dizzy, are back with a brand new single, “Sunflower”, out now on Royal Mountain Records.

Comprised of singer Katie Munshaw and her literal band of brothers, Charlie, Alex, and Mackenzie Spencer, Dizzy is back to follow up their 2018 JUNO-winning debut album, Baby Teeth, with this new single that dropped on Wednesday.

The band’s latest track, “Sunflower”, is described by Munshaw as “a three and a half minute ‘snap out of it!’ to myself when I’m feeling low, unconfident or not myself.”

The band currently has a run of UK and European shows lined up starting March 3 in Glasgow, Scotland. Here is the full list of dates: