Five Questions With Man Made Lake 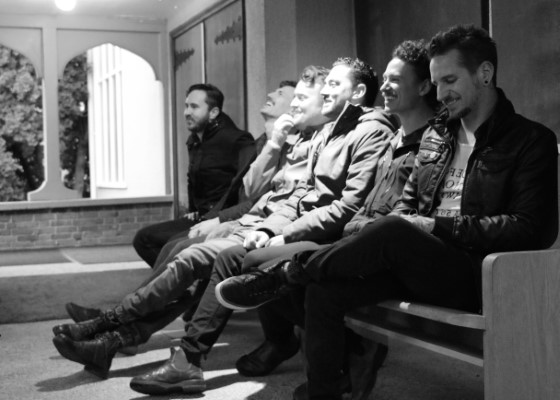 Victoria, BC-based indie-rock band, Man Made Lake has released their newest single, “Fantasy”, which is their newest release since their 2017 album, Godless.

The band wrote the song together in Victoria and then took the track to be finished with recording engineer Justin LaPointe at his Qualcum Beach studio. Playful but poignant, the band explains the meaning behind the track:

“The song is a love story set in a time when the self-awareness of artificial intelligence is nearing. The opening line “Mary was my rock, failed to see the car they towed along before the horse,” is a bleak look at the human race’s pursuit of technological perfection. It speaks to the fact that, despite our best intentions, we have created something that we inevitably cannot control.”

Man Made Lake has been a completely open concept band musically.  Multi genres have appeared over the years and writing style has shifted from primarily Colin Craveiro to the whole band together.

We are playing a big show to be announced in the spring.  Our shows are very energetic experiences combined with beautiful lulls and pulsing drops.  Borders on spiritual possession lol.

If we were asked to hear one song to listen to I would say either “Spider Bite” or “Lemon Cake” or our new single “Fantasy”!

We have so many favourite Canadian bands but just to name a few: Wolf Parade, Mor Mor, Arcade Fire, The Constantines and Sunset Rubdown.