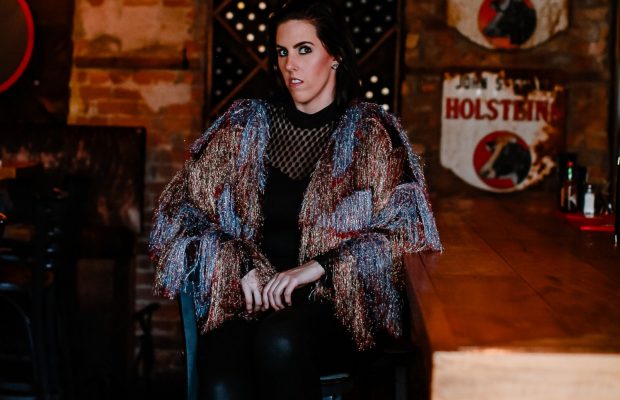 Ontario-based country singer-songwriter Brittany Brodie has been one busy lady! She has been writing, recording, and playing shows non-stop, and now she has released her newest single, “Sober”, which was written with her friend Caroline Marquard.

Check out “Sober” below and find out more about the single in our latest interview with Brittany.

First off, what have you been up to since we last chatted last January?

I cannot believe it has been that long. Has it really?!

I have been releasing a steady stream of Singles to Country Radio and all places online you can get your music. Touring in the UK, Recording new music, writing tons as I have had more than my fair share of inspiration this past year. The new music will reveal all.

You have just released a brand new single, “Sober”, what can you tell us about the writing process behind this track?

This particular song idea came to me the night before the writing session, I had the hook, I think part of a verse and the melody.

Sober was in the Top 10 for Indie Artists at County Radio one week after it’s release.

I’ve read that “Sober” is about being the Sober one at the party and always having a good time, is this written from personal experience?

I’m always so fed up with attending events and constantly being asked…Brittany why aren’t you drinking? You need a drink! You won’t have a good time without one. News flash…I have such a good time and I feel great the next day.

There is a stigma around not drinking, and especially in this business. I have nothing against drinking responsibly. This is a song about choosing not too, and not waking up with your make up still on and feeling terrible with a hangover. It’s fun and real. And many can relate.

Do you have any upcoming performances that you’d like to tell us about?

Yes! I’m so excited! I will be performing at several festivals in the U.K this year, I will announce very soon at www.brittanybrodie.com

Touring in the UK, Television appearances, new music (consistently), working on a new EP, just to name a few. I will also finally get a holiday this Summer, in between performances.