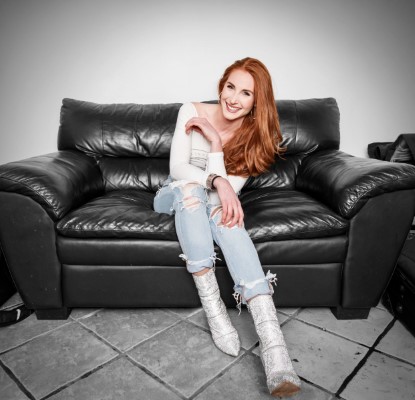 Canadian country sensation Kelsi Mayne has unveiled her new single, “As I Go”.

“The hook states, ‘I’m gonna make it up As I Go…’ which is precisely what we did when we wrote this song!” Mayne says, recalling the process. “My two brilliant Nashville co-writers, Brett Sheroky and Drew Powell, met with me at the end of my long-winded, five month writing trip in the ‘Music City,’ but we were all drained of ideas.

We started vibing out on chords and an ‘Eric Church’ feel. Once we came up with the hook.  we had a lot of fun coming up with different ways to get revenge. We even managed to pay homage to Carrie Underwood in the chorus” she continues. “But what also makes this song different than most ‘cheatin’ hearts’ country songs is she admittedly doesn’t know what she’s going to do and — much like myself — has a hard time deciding!”

The single is accompanied by an official video, Kelsie shares,

“The music video was also much of the same,” she says of the video for which a quick preview of quickly hurtled Mayne into viral fame on TikTok, with more than 1.5 million views in 24 hours. “We decided to go with a ‘Mad Max’ inspired look and whatever resources we knew we had together between all of our friends — gasoline, trucks, dirt bikes, ATVs, a drone, monster truck, smoke bombs, fireworks, and two scrap cars.”

Check out the video below and find 0ut more about Kelsi via our Five Questions With segment.

Hi, I’m Kelsi Mayne! I’m originally from Windsor, ON where I worked as a “bevertainer” at a local country bar. Since then I’ve moved to Toronto, played the main stages at Boots and Hearts, Havelock Jamboree, BVJ, national television (4x), and the anthems for the Blue Jays.

I’m more of a “stick it to ya” kind of writer. If there is something I think needs to be said, I’ll put it in a song. Whether it’s sassy or tugs at your heartstrings, I never write the same thing twice.

YES! The summer is filling up fast but I can’t announce all of them yet! Check back to www.kelsimayne.com for updates.

High-energy and off the cuff. Every audience is different so I’m a strong believer that every show should be too.

Tough question! I’m really proud of the lyrics for my current single “As I Go.” My co-writers and I were inspired by Eric Church and I think we really captured his subtle ‘play on words’ style (eg. “I’m gonna make it up as I go” the go is literal ie. “As I’m leaving“). There’s a lyric video to help catch all of them: https://youtu.be/SdEI1S4W0EI

I’m really digging the undiscovered talent from the women in Canada such as Kelly Prescott, Danielle Bourjeaurd, Charissa, Mackenzie Leigh Meyer, Madison Kozak, the list goes on. These women sing about REAL things and are SUCH incredibly talented writers and singers. They inspire me every day.