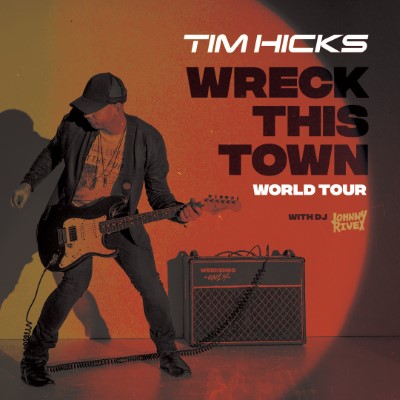 Award-winning Canadian country music icon Tim Hicks announced, on Friday, the details for the Canadian leg of his world tour alongside the release of a new single off of his latest EP, Wreck.

The four-time JUNO nominee has tacked on 15 Canadian stops to his “Wreck this Town World Tour” in addition to the European and Australian legs of the tour, which kicks off on March 6 in Berlin, Germany. Hicks will be sharing the stage with DJ Johnny Rivex for the new Canadian dates.

Tickets for the newly announced Canadian leg go on sale on March 2 at 10 a.m. local time on Hicks’ website.