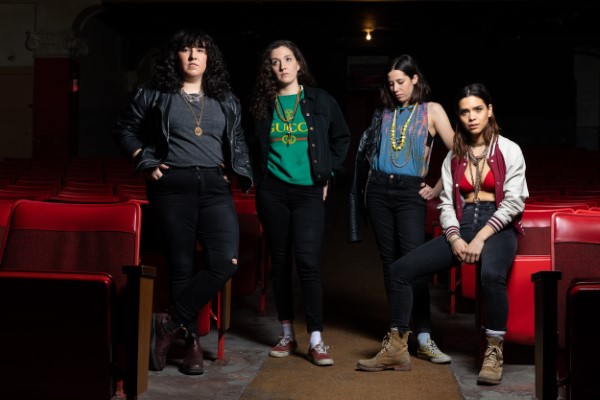 The Montreal punks in NOBRO have dropped a new single called “Don’t Wanna Talk About It”.

The all-female punk band is back following their opening spot on tour with Alexisonfire and The Distillers and have released their first single from their upcoming EP, Sick Hustle, due out April 3 via Dine Alone Records.

Singer Kathryn McCaughey called this new track, “as close to a love song as we’re going to get.”

NOBRO is set to open up for Pussy Riot on May 19 in Toronto at the Phoenix Concert Theatre. As well, they will be performing at this year’s Ottawa Bluesfest, which runs July 9-19.