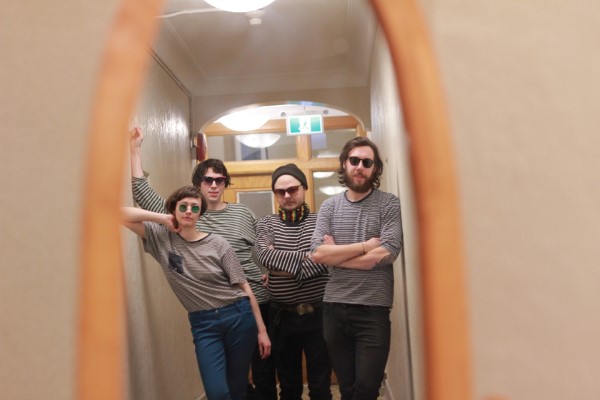 Two of the four members of the band, Lizzy Burt and Danny Hacking, are responsible for directing the five-and-a-half-minute long video that is packed full of symbolism and reference to themes of isolation and addiction.

Here is Burt talking about the video for “Foresight”:

“In the video, we tried to unravel that idea even further, using the mime to convey meaning versus perception, and the alienation that can come from breakdowns in communication. There is a paralyzing silence that can fall over us when we’re not aligned with ourselves. The mime symbolizes this silence, but also illustrates the capacity to overcome one weakness by mastering another: body language and self-control.”

Juniper Bush’s debut album, Healing Through a Sonic Figure, is out April 3 via Transistor 66.

The album release will also kick off a string of shows in western Canada through April. Here are the dates: