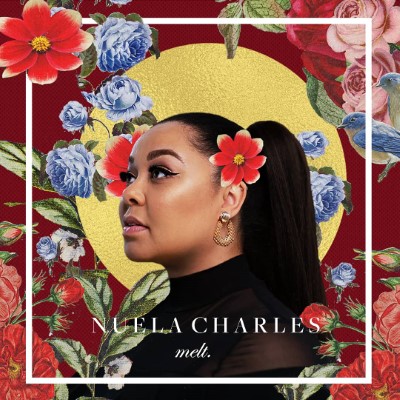 Edmonton-based R&B sensation Nuela Charles is up for a JUNO Award again this year in the category of Adult Contemporary Album of the Year for her 2019 release, Melt. This is Charles’ third consecutive nomination in this category and she is no doubt excited to have this be her first win. Charles was previously nominated for 2016’s, The Grand Hustle, and 2018’s, Distant Danger.

Canadian Beats had the chance to talk with Nuela Charles about how Melt came to be.

You have been nominated for a JUNO twice before in the category of Adult Contemporary Album of the Year and now you’re up for the award for a third time with your latest album, Melt. Is there anything new you brought to the table for this record that you think may secure you the JUNO win this time around?

I’m super grateful for the recognition that “Melt” has received this year. I think the only thing I could’ve done, is as honest and try to push myself further than last time. So hopefully they can see that!

Every artist has their own method for how they like to put together a record. Some work collaboratively with a band, some prefer one-on-one sessions with a producer, while others take charge over their projects completely and work from their own vision. What was your approach to putting together Melt?

“Melt” was like the second part to “Distant Danger,” with some of the songs being recorded around the same time. It carried on, where the last one left off and closed off that musical chapter. We added a few new songs to the mix, mainly being the singles “Known Better,” and “Got It Bad.” But when I started working on the project the end goal was always to record enough songs to split into 2 projects, and I’m glad it’s turned out so well.

Inspiration can come from anywhere when creating art. Some look to cultural mediums like film, television, and literature to fuel their creativity. Others find it in nature, in a community, or even in isolation. Where do you look when you are seeking inspiration?

My inspiration comes from my surroundings. I definitely watch a lot of movies – maybe too many – but I like being taken to another world and being able to hear/watch different experiences and stories play out. I especially like being able to watch a movie and try to come up with a theme song for it. But I’m definitely an observer and tend to just sit and watch and listen to those around me, and absorb their stories, to hopefully have them translate into songs eventually.

When one thinks of soul music and R&B, places like New Orleans, Chicago, and Motown are typically among the first to come to mind. Could you describe your experience coming up as an artist in Edmonton? What is the music landscape like for an artist performing in your genre in Alberta?

Edmonton has been a great place to hone in my skills and build a career. It has such a supportive community and I’m grateful for being able to have had such a safe space to grow.

I think the biggest “struggle” or “misconception” though has been that because I’m a person of colour, that my music must be R&B or Soul. When at the core of it, it’s pop music. What I’m meaning to say is that I’ve had to try to push aside other people’s misconceptions, to push forward and thrive, because let’s face it, if Adele or Sam Smith were a people of colour, their music would be classified as R&B/Soul and not as Pop. So I’m hoping to be able to help foster some change in Canada.

You released your debut studio album, Aware, in 2012. How have you changed as an artist over those eight years? What lessons have you learned? What drives you to continue to pursue your art?

I have had to maneuver through my career on my own for a very long time. To this day, I still don’t have management. So I’ve learned a lot as I worked through each album cycle. It definitely was not easy and was very lonely at times, however, the rejection made me want to prove to myself that I can do this, and succeed. It’s my own personal determination that keeps me going. And ultimately, I love what I do.

What music are you listening to in your spare time these days?

People are always surprised to hear that my preferred genre is Alt/Rock. But I’m always usually spinning something from the UK. Currently loving, Sam Fender, Nothing But Thieves, James Bay, and latest obsession Harry Styles.

Is there anyone you’re rooting for this year at the JUNOs?

All of the fellow Edmontonian nominees, specifically Celeigh Cardinal, Nêhiyawak and Striker!