Five Questions With The Real McKenzies 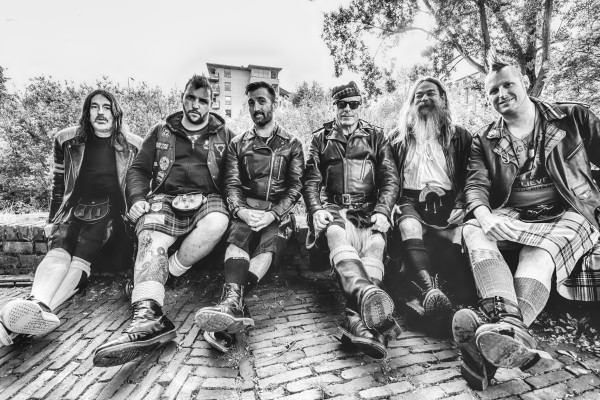 Canadian national treasures, The Real McKenzies were founded back in 1992 by the larger than life, punk rock poet laureate, Mr. Paul McKenzie. The band has been going strong and continues to do so.

They released their latest album, Two Devils Will Talk in 2017, featuring their single, “Due West”, which you can check out below.

Now, the band will be embarking on a Western Canadian tour with The Real Sickies, and this is something you won’t want to miss.

Find out more about The Real McKenzies via our Five Questions With segment, and stay up to date with them via their socials.

I am Paul McKenzie. Singer, songwriter, roadie, driver and Jester for the band The Real McKenzies.

Music and writing style is based on old Celtic music with a sprinkle of semi contemporary Celtic crooners, a generous splash of bagpipes, ear-splitting electric guitars and modern rock and roll along with the rebel spirit that has transfixed itself in the hearts and minds of all warriors regardless of race or gender worldwide….. Oh! Don’t forget a wee dram of whisky or two.

We have just made a new recording. We have made so many since 1992 that we have lost count. We are currently about to embark on a Western Canadian Tour then a comprehensive European tour. I will expect a US tour after that. We are ready and willing to go anywhere anytime within reason. We love to play for all of our fans worldwide and beyond. Timbuktu or the moon. Let’s go! We’re in!

Any information that people or animals want to know is readily available on our webpage. Except for my zodiac sign which is something I choose to keep secret and remain a universal mystery.

Oh, come on now. Ok, just what kind of a question is that? A cruel one at very least. Let’s put it into perspective, shall we? I look at all the songs as my own, my children, if you will. Now you expect me to choose one out of hundreds??? Sorry…. can’t be done. Why don’t you (our fans) choose one and get back to us? We’re waiting gleefully. Choose your favourite song and tell us why it is your favourite.

All bands on Stomp.
Stompin’ Tom Connors.
Lighthouse
The Mahones
Darkest of the Hillside Thickets
The Enigmas
Personality Crisis
Ray Condo
These are but a few. I could go on and on…