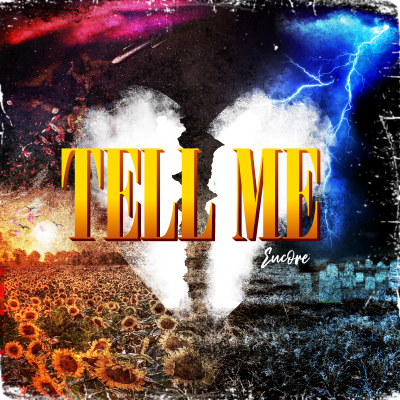 “‘Tell Me’ is about the curiosity of a dying flame. Looking back at any relationship, you often wonder what went wrong and you begin to realize how easily things can slip away from you in such a short amount of time. This song is about the attempt to understand that change and why it happened.”

Give “Tell Me” a listen below and find out more about Encore via our Five Questions With segment.

Hey! We are Encore, a band from Winnipeg, Manitoba, Canada. We started the group 3 years ago back when we were all still in High School, and since then we have focused on developing our music and releasing singles. Donald and Richard started the group and overtime Zach and Daniel joined, forming the current lineup.

Our music is a mix of pop, rock, and hip hop. As a band, we draw inspiration from other performers such as Post Malone, Aerosmith, and Maroon 5. We’ve focused on mixing vintage pop into the modern music era, really creating our own unique style. When we write together, the songs change shape quite a bit and often the final product can be something completely different than the original voice memo or draft we started with. Other times, the production can really open ideas and get the record to almost write itself. This is one of our favourite parts about recording.

We just performed at Festival Du Voyaeguer, it was our first time ever playing here and we had a blast! We were able to see a ton of familiar faces but also met lots of new people and had a great time. During our live performances, we like to keep it high energy and get the crowd involved as much as we can, enhancing their experience and trying to make our show as memorable as it can be for everyone.

In March, we’re taking a trip to Saskatoon to partake in JUNOfest, where we will be performing and songwriting with other artists. As it’s our first time at the JUNO’s, we’re very excited to share our performance and collaborate with some of Canada’s best talent.

I would have to say our new single, “Tell Me.” We just released it on February 21st and have loved the reactions we’ve had so far. It’s got an upbeat and fun vibe, really representing who we are as a band and the direction our new music is heading. Putting together the final touches for the “Tell Me” music video, we’ve been working hard to make sure it’s the best it can be and are looking forward to sharing it soon!

Canada has some insanely talented artists, and we love to listen to as many as we can. Some of our current favourites include The Beaches, The Tragically Hip, The Weeknd, Jessie Reyes, and Lauv.

Neon Dreams is another group that has done really well recently. Having the pleasure to open for them in September 2019 was a great experience, definitely excited to hear their next track!