Kim Mitchell to be inducted into Canadian Songwriters Hall of Fame 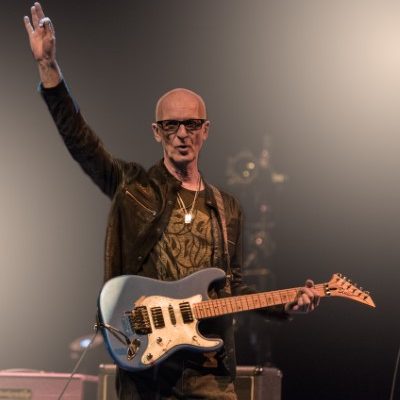 Canadian rock legend Kim Mitchell has been announced as one of this year’s inductees into the Canadian Songwriters Hall of Fame.

Mitchell, renowned for his work in Toronto rock band Max Webster as well as his successful career as a solo artist, will be honoured during Canadian Music Week this year. His induction will be a part of the Canadian Music & Broadcast Industry Awards ceremony which is set for May 21 at the Bluma Appel Theatre in Toronto.

As well, Barenaked Ladies frontman Ed Robertson will join Mitchell onstage for a special performance during the ceremony.

“Kim Mitchell is an originator.  Onstage, there is no one who sounds like him or can emulate the energy and live performance he gives to his audience; and offstage, he is just as prolific as a songwriter and as an outspoken radio personality,” says Vanessa Thomas, Executive Director of Canadian Songwriters Hall of Fame.  “We’re incredibly excited to honour Kim among the class of 2020 Inductees to the Canadian Songwriters Hall of Fame.”