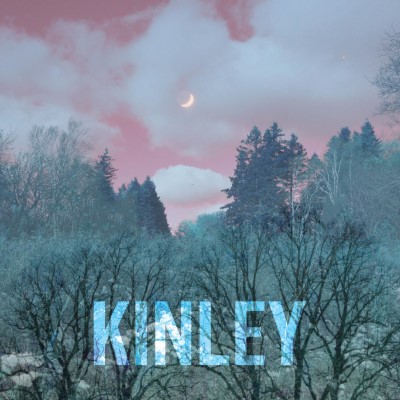 Kinley Dowling is back to follow up her 2016 album Letters Never Sent with a self-titled record that pushes her artistry to even greater heights. A former member of the now-defunct Canadian rock band Hey! Rosetta, multi-instrumentalist KINLEY has come up with a collection of eight songs that tackle deeply personal and profoundly complex emotional subject matter with an air of hope and grace that does not fail to hit the listener right in the heart on every track. KINLEY’s vocal performances are sweet and soothing and the lyrics she produces are both specific and personal to her, but also deeply relatable and evocative. The music is light and open, but also tastefully moody at times and helps guide the narrative journey that KINLEY’s lyrics lay the foundation for.

“Lightworkers”, the second song on the album, tells the story of a couple who falls in love and gets married but whose lives are soon after turned upside down by the husband’s cancer diagnosis. KINSLEY calls on the “Lightworkers”, friends, family, loved ones, to help illuminate the beauty of their love in the face of the darkness that is beginning to surround them. “Take It From Me” follows up “Lightworkers” and shines as probably the strongest song on an album of already rock-solid songs. “Take It From Me” deals with the idea of infatuation and tells the story of a girl who learns the value of “waiting for the real thing” instead of being strung along by a man who she knows can’t reciprocate the love that she has for him. “The Quiet One” and “Tuesday’s Child” speak to the struggles of anxiety and growing up. “They always said ‘speak up’, but I feel like I’m yelling”, sings KINLEY on “The Quiet One” as she elaborates on feelings of self-consciousness. Both tracks discuss the anxiety around both having something to say, but not having the confidence to stand in the middle of the room and say it. In fact, as you can hear on “Tuesday’s Child”, KINLEY would much prefer to be dancing alone in the middle of the room anyway.

KINLEY’s latest is both a personal journey through the artist’s heart and soul and at the same time a relatable, evocative call-out to anyone who has shared the feelings that she expresses on this album. KINLEY’s self-titled is a display of self-love and empathy over the course of eight fantastic songs.