PREMIERE – Mike McKenna Jr releases new single, “At The Edge Of The World” 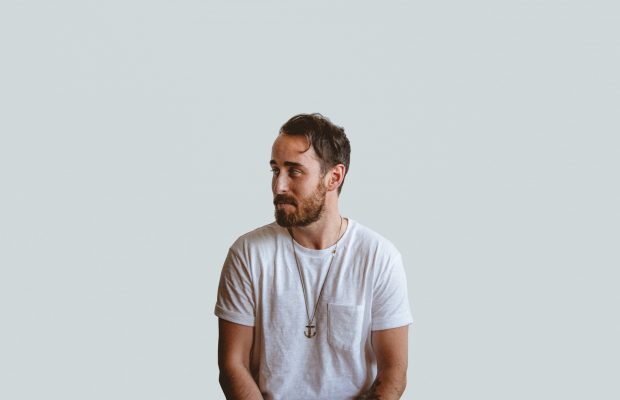 Canadian singer-songwriter, Mike McKenna Jr has unveiled the title track from his forthcoming album, “At The Edge Of The World”.

The inspiration behind the title track “At The Edge of the World” unfolded as Mike came across a news article about one man’s experience as a first-responder of the crash of Swiss Air Flight 111 near Peggy’s Cove in 1998 and how it affected his life for years to come.

With that article, combined with old logbooks written by those responsible for recovering the bodies from the sinking of the RMS Titanic Mike found while researching for his first record, and more recent events of tourists being lost to the waves at Peggy’s Cove, the lyrics and central idea for the song are built of all three characters of those events;  the responder for Swissair 111, the responder for the RMS Titanic, and the responder who rescues the tourists that perish near Peggy’s Cove each year.

“It seemed to me to be a similar story from different eras, all with their own ways of coping and remembering. Several of the 8 songs on the album pay tribute to similar true tales that are dark and heavy in nature, depicted through the voice of a sympathetic narrator,” said Mike.

If there’s one thing that I personally am drawn to, it’s a song that tells a story. “At The Edge Of The World” certainly does this, and does it well. As Mike sings, you feel as though you are reading a well-written narrative. On top of this, the music on this track is calm, yet dramatic, which suits it perfectly. I highly recommend you all, check out the single below, and find out more about Mike via our Five Questions With segment.

My name is Mike McKenna Jr and I’m a singer-songwriter from Cape Breton Island, Nova Scotia.

I think my music could be categorized as indie-folk or Americana, with lyrics that draw influence from my life growing up on the East Coast. Rather than chasing a hit or a hook, most often I try to find subjects that evoke heavy emotion, true stories when possible, and slowly grow the song from there.

If I can succeed in creating lyrical settings and soundscapes that transport the listener somewhere else, even if it’s unfamiliar, it can provide a great escape from everyday life.

My album release show for At the Edge of the World is Friday, April 24th at Casa del Popolo in Montreal, featuring Genevieve Racette as the opener. I often tour Canada and the United States as a solo acoustic act or joined by a guest musician, which has an intimate storytelling vibe, but I’ll be performing with a full band at my release to better demonstrate the bigger, wider sound we went for on the new record.

I would choose track number 4 from the record, a song called Pale White Moon. It’s based on the story of a young folk-singer named Taylor Mitchell, who died while hiking at a national park in Cape Breton just over ten years ago. I was still living there at the time working at a Christmas tree farm, so we had heard about it through the grapevine. It really struck a note with me, especially since she was a touring musician, so I felt compelled to pursue the idea as a songwriter.