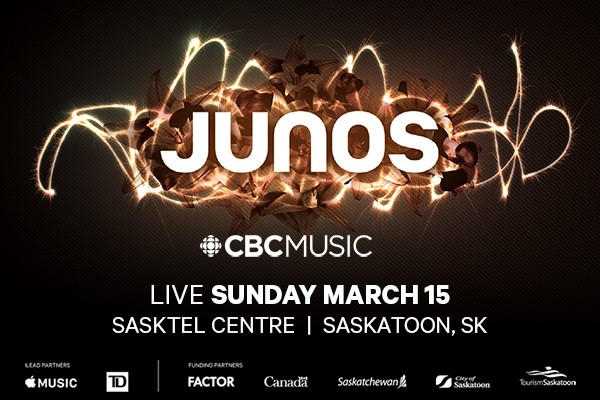 The 2020 JUNO Awards are only three weeks away.  As the March 15 broadcast draws near, additional performers are being announced for the big show at the SaskTel Centre in Saskatoon.

In addition, it has also been revealed that Canada’s “Songbird”, Anne Murray, will be on hand to induct Jann Arden into the Canadian Music Hall of Fame.

The 49th annual JUNO Awards and JUNO Week 2020 will be hosted in Saskatoon, SK from March 9 through March 15, 2020. The JUNO Awards will be broadcast live on March 15 from the SaskTel Centre on CBC, CBC Radio One, CBC Music, CBC Gem streaming and globally at cbcmusic.ca/junos. Tickets for the JUNO Awards are online at www.ticketmaster.ca, by phone at 1-800-970-SEAT (7328) and in-person at the SaskTel Centre Box Office.